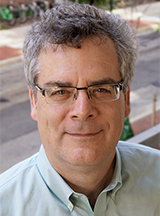 Dr. Wand's research focuses on exploring the relationships between static structure, structural dynamics and function in a range of protein systems. A key concept is the balance between changes in structure (enthalpy) and dynamics (entropy) is the binding of ligands. A range of systems involving protein-protein interactions as well as interactions with small ligands are being pursued. Through these studies a remarkably rich manifold of fast dynamical modes have been revealed and a surprising functional role for them discovered. These observations are being exploited to generate access to new avenues for drug design and engineering in a number of validated drug targets in cancer biology.

The Wand lab is also committed to continuing improvement and development of novel NMR techniques. They have recently focused on high pressure NMR to probe the protein ensemble, NMR relaxation methods to measure conformational dynamics throughout the protein and a novel method to approach large soluble, unstable and membrane proteins by solution NMR methods. The latter approach involves the use of reverse micelle encapsulation to provide a protective environment for proteins to allow them to be dissolved in low viscosity fluids such as liquid ethane. The initial idea was to use the low viscosity of ethane to overcome the slow tumbling problem for solution NMR spectroscopy presented by large protein in water. Applications have since been expanded to studies of proteins of marginal stability by employing the confined space of the reverse micelle, suppression of protein aggregation to allow study of intermediates of aggregation such as occur in amyloid formation, and studies of membrane proteins. Most recently, this approach is being utilized to screen fragement libraries for low affinity but high quality “hits” to elaborate to lead molecules for subsequent development of pharmaceuticals.

back to top
Last updated: 01/28/2018
The Trustees of the University of Pennsylvania
Back to Top