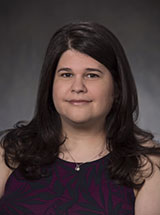 
The role of the Hippo pathway in soft tissue sarcomas
Nearly 15,000 Americans are diagnosed with a form of soft-tissue sarcoma every year and roughly 30% of these tumors will result in potentially lethal lung metastases. The roughly 65 sarcoma subtypes, derived from a variety of mesenchymal tissues including, bone, muscle, cartilage, and fat, present a complex research problem. This complexity has resulted in a distressing lack of funding and no targeted therapies. In fact, sarcoma treatment has not changed significantly in 25 years. Patients are limited to radiation, toxic chemotherapy, and surgery. The discovery of novel targets and mechanisms is therefore critical. Several studies, including my own, have shown that deregulation of the Hippo pathway, and its main downstream effector YAP1, is required for proliferation in several common sarcoma subtypes, including fibrosarcoma, liposarcoma and undifferentiated pleomorphic sarcoma (UPS).

The Hippo pathway is required for proliferation control in sarcoma cells. This signaling hub consists of a kinase cascade whose purpose is to phosphorylate YAP1 leading to its proteasomal degradation. Inactivation of the pathway in response to upstream growth signals leaves YAP1 unphosphorylated allowing its nuclear localization. Nuclear YAP1 co-activates transcription of pro-survival and proliferation targets (i.e. BIRC5, FOXM1), though it can also repress transcription of certain genes. Though it is implicated in sarcomagenesis, regulation of YAP1 and its critical downstream transcriptional targets are virtually unknown in this context. Investigation of these mechanisms will reveal novel therapeutic opportunities for sarcoma patients and potentially in epithelial tumors as well. The “epithelial-to-mesenchymal transition” (EMT) is critical for metastasis of epithelial cancers (i.e. breast, pancreas). Characterization of YAP1 and its targets in mesenchymal cells may help elucidate the role of YAP1 during EMT and metastasis. Interestingly, no common mutations in Hippo pathway components have been reported in sarcomas and copy number loss of the key proteins occurs in only 25% of reported cases. Our recent work highlighted the role of epigenetic silencing in sarcoma; therefore we are investigating the possibility that YAP1 modulators are epigenetically regulated.

Mechanisms of sarcoma metastasis
Metastasis is the most lethal aspect of cancer. 30%-50% of all malignancies will metastasize resulting in more than 90% of cancer-related fatalities. There is a critical need for a thorough understanding of metastatic processes and the development of new approaches targeting metastatic cells. For many types of cancer including breast, prostate, kidney and soft tissue tumors the lung is the most common site of metastasis. In fact, soft tissue sarcomas disseminate almost exclusively to the lungs in both humans and preclinical mouse models, highlighting the usefulness of sarcoma models in the study of pulmonary metastasis. The lack of novel therapies against pulmonary metastases can be attributed in part to the technical difficulties associated with studying metastatic cells. Vascular adherence and extravasation have been particularly challenging to investigate due to the difficulty in modeling these processes. One recent hypothesis is that platelets promote metastasis by enhancing extravasation. The role of collagen in activating platelets, through the surface receptor GPVI, during wound healing is well understood; however the contribution of collagen-activated platelets to tumor cell extravasation and metastasis is unknown. Upon activation, platelets secrete the contents of their alpha and dense granules, which contain signaling molecules that open the endothelial wall of blood vessels during wound healing in order to recruit additional platelets and other cells necessary for repair. During metastasis, this process could be repurposed to allow tumor cells to exit the vasculature and enter the lung.

The tools to evaluate this question mechanistically have not been widely available. However, we have now identified the technology, assays, and models to evaluate tumor cell adherence and platelet-mediated extravasation in the physiologically relevant setting of spontaneous in vivo undifferentiated pleomorphic sarcoma (UPS) metastasis to the lung. These tumors are highly metastatic and we can model pulmonary metastasis using multiple tools already available in my lab including human UPS cells for xenograft, as well as two independent autochthonous genetic models (KrasG12D/+; Ink4a/Arffl/fl and KrasG12D/+; Trp53fl/fl (5)), and allografts of murine tumor cells derived from these genetic models. Our published work using these systems has reported that lung metastases in sarcoma are associated with increased primary tumor expression of the intracellular collagen-modifying enzyme PLOD2/lysyl hydroxylase 2. Excessive lysyl hydroxylation, due to PLOD2, results in secretion of immature collagen molecule aggregates able to physically associate with tumor cells. Other groups have reproduced this observation in breast and liver cancers, suggesting broad implications for our work. We have also shown that PLOD2 is required for the vascular adhesion and extravasation stages of metastasis. However, we do not yet understand how PLOD2 regulates this process. We have found metastatic sarcoma cells residing in pulmonary vessels where they deposit significant amounts of collagen but the importance of this ECM deposition and modification in sarcoma cell extravasation and lung colonization is essentially unknown. These questions are critical as the answers may explain why lung metastases can be succesfully ablated only to reappear within several months. Intravascular tumor cells may be protected from exposure to chemo and radiotherapy due to their vascular adherence and surrounding collagen. Thus, when lung resident tumor cells are killed by chemo/radiation therapy, they can be replaced by surviving cells from the “source blood vessel”. The role of deposited collagen in the vessel may be two-fold: 1) to physically allow tumor cell adherence to vascular endothelial cells and 2) GPVI receptor-mediated platelet activation. Our work will evaluate these hypotheses and determine the role of collagen in vascular adherence and extravasation for the purpose of identifying novel therapeutics that could target the molecular processes underlying pulmonary metastases in sarcoma and other cancers.

back to top
Last updated: 08/09/2022
The Trustees of the University of Pennsylvania