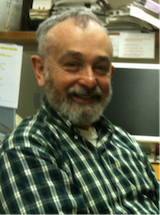 Prediction and Early Detection of Response of non-Hodgkin’s Lymphoma

My laboratory initiated the field of NMR spectroscopy of tumors in mice in about 1980 by demonstrating that tumors exhibited detectable changes in bioenergetics, pH and phospholipid metabolism that could be utilized for detection and prediction of therapeutic response. In 2011 I shared the Gold Medal of the International Society of Magnetic Resonance in Medicine with John Griffiths of Cambridge University for our pioneer work on MRS of cancer. My laboratory has been developing 31P, 1H and 13C MRS methods as well as physiologically sensitive MRI techniques for monitoring metabolic changes in tumors that predict or detect therapeutic response; we generally develop these methods in perfused cells and mice and then translate them to human patients. Our focus is largely on non-Hodgkin’s lymphoma (NHL) since this malignancy exhibits roughly a 50% response rate. We have recently discovered that NHL tumors in mice are quite unique in that they exhibit extremely well resolved 13C MR spectra. By monitoring the kinetics of 13C-isotope exchange and fitting these data to a metabolic network model, we can quantitate flux through specific pathways of tumor energy and phospholipid metabolism and translate this into the amount of ATP that is produced from various substrates in tumors. We are also exploring the use of hyperpolarized 13C-labeled substrates to the study of tumors. Detecting tumor response to inhibitors of signal transduction pathways is a major challenge in the clinic. We have recently demonstrated that administration of specific inhibitors of mTOR produces a marked reduction in glycolytic metabolism as a consequence of decreased expression of hexokinase-2 and other glycolytic enzymes. We can readily detect this effect by monitoring lactic acid in the tumor (in both mice and men). We are extending this approach to other signaling pathways such as ALK and PI3K/AKT inhibitors.

Selective Acidification of Melanoma by inhibition of monocarboxylic acid transporters

Melanoma is the deadliest skin cancer and the most rapidly increasing malignancy among Caucasian populations throughout the world. It can only be cured by surgical excision, but the tumor recurs in about 20% of the cases. There is currently no effective way to treat the disseminated disease. Targeted therapies are under development and show promising activity but are generally not curative since tumors exhibit a remarkable facility for circumventing these agents. We have been developing a method that does not target a specific gene or antigen but instead targets a key metabolic property of tumors – their preference for glycolytic metabolism (the Warburg effect). The end product of glycolysis is pyruvate, the majority of which is converted to lactate and transported out of the cell via monocarboxylic acid transporters (MCT). We have been using lonidamine, which is believed to inhibit MCT1, the key pathway for lactate export, thereby trapping lactic acid in the tumor cell. This decreases the intracellular pH of melanomas in mice (pHi) from about 7 to 6.4. It also dramatically decreases the ATP level in the tumor, probably by inhibiting a putative pyruvate transporter in the mitochondrial membrane (thus blocking oxidative metabolism in the tumor). These effects are remarkably specific for the tumor and produce minimal effects on normal tissues in the body. We are exploiting this selective acidification of the tumor and de-energization of tumor cells by lonidamine to dramatically increase melanoma response to two drugs, melphalan and doxorubicin, that normally are not effective against this disease but whose activity is markedly increased under acidic conditions in tumor cells. We believe that by combining this metabolic strategy with the targeted therapies under development by pharmaceutical companies, we may be able to approach a cure of this deadly disease.

Imaging the Metastatic Potential of Tumors

We have also been studying the mechanism underlying tumor metastasis. We use a panel of human melanoma xenografts that vary in metastatic potential from highly indolent to highly aggressive (invasive). Using an MRI method that employs a paramagnetic contrast agent, GdDTPA, we can demonstrate that contrary to general belief, the indolent tumor is actually much better perfused (i.e., has a better blood supply) than the aggressive tumors. The aggressive tumors have a well-perfused rim but a poorly perfused central core. Using a low temperature fluorescence technique that Britton Chance developed at Penn in the 1980s, we found that the indolent tumors exhibited much higher levels of NADH that was relatively uniformly distributed throughout the tumor. Since NADH and FADH2 are the key substrates for oxidative phosphorylation, the indolent tumors were well supplied with energy. However, the aggressive melanomas showed a high level of NADH in their outer rim but a low level in their central core, which instead contained high levels of oxidized flavoproteins. In short, the aggressive tumors had a poorly perfused core in which the tumor cells were starved for substrates. We hypothesize that this highly inhospitable microenvironment in the core of the tumor provides an evolutionary pressure favoring the survival of tumor cells with the ability to move to more hospitable environments, i.e. to metastasize. It also induces these tumors to become cannibalistic and break down their own tissues to generate substrates for generating energy and to support proliferation. This phenomenon is called autophagy, and there are ways to inhibit this process and kill the tumor cells that depend on it. This theory still needs to be validated, but its implications for controlling tumor metastatic potential, the key cause of death in cancer, is considerable.

We have been using 13C MRS to study the bioenergetics of melanoma tumor cells. We have been able to demonstrate that the DB1 melanoma tumor line obtains about 46% of its ATP from glycolysis and 54% from oxidative phosphorylation. The method for measuring flux through these metabolic pathways is called bonded cumomer analysis and involves the solution of ~150 differential equations. It was developed by our collaborator, Alex Shestov, at the University of Minnesota. We are extending this method to all the pathways of tumor intermediary metabolism. A key objective will be to apply this method to human cancer patients. Melanoma may not prove to be the ideal tumor for this purpose, but NHL appears to be a much better target because for reasons that are poorly understood, this tumor yields much more well resolved 13C NMR spectra. In addition, we could apply this method to any hematological cancer like leukemia since leukemic cells are routinely removed from the body and can be grown in a bioreactor. We have constructed various bioreactors for studying various types of perfused cells. Another potential application of this technology is to targeted lymphocytes that Carl June and coworkers are developing for treatment of various malignancies.

Since lipoproteins are naturally occurring nanoparticles, they are generally acceptable to humans and other immunocompetent animals. We have been developing lipoproteins as carriers of near infrared and NMR indicators for in vivo tracking and for delivery of drugs and photodynamic therapy agents for cancer therapy. Because lipoprotein receptors are not unique to cancer, we have been developing novel strategies for retargeting these agents to more cancer-specific receptors such as folate receptors. Much of this research has been directed against ovarian cancer, a malignancy that overexpresses folic acid receptors.

back to top
Last updated: 06/15/2022
The Trustees of the University of Pennsylvania