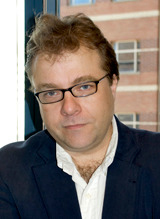 A major focus of the Lemmon lab is to understand transmembrane signaling by growth factor receptor tyrosine kinases (RTKs), of which there are 58 in the human proteome – separated into 20 different families. Mutations in almost all of these RTKs – some activating, some inactivating – cause cancer or other diseases, and RTKs are important therapeutic targets.

We are interested in understanding how these receptors signal, and – importantly – how RTK mutations seen in afflicted patients affect receptor activity. Understanding these mutations provides an important window into molecular mechanism, but also allows us to use our mechanistic understanding to advance development and application of targeted therapeutics. To achieve this, we combine cellular, biochemical, biophysical, and structural approaches – and collaborate closely with geneticists and clinical investigators. Our goal is to link detailed mechanistic understanding to biology in the intact organism (or patient). Although we are interested in all RTKs, and in RTK signaling in general – at the organismal, cellular, and molecular levels (and use a wide variety of approaches) – we are currently focused on the following families (or groups of families) or RTKs:

1. The Epidermal Growth Factor Receptor (EGFR) family
Often considered a ‘prototypic’ RTK, the EGFR has been a major focus of our work for the past decade or so. Combining crystallographic, cellular, and other approaches we have developed a sophisticated understanding of how growth factor binding promotes dimerization of the extracellular region of the receptor, how EGFR is regulated allosterically, and how its intracellular juxtamembrane region contributes to activation. We have also defined the molecular function of the extracellular EGFR inhibitor Argos, from which we hope to extract clues for developing new EGFR inhibitory approaches in cancer.
Work on the precise details of regulation of EGFR continues in the laboratory. Questions of particular interest, to us and the neighboring laboratory of Kate Ferguson, include:
i. How do the extracellular and intracellular regions of the receptor communicate in the intact EGFR?
ii. How does the poorly studied intrinsically disordered carboxyl-terminal tail of EGFR family members contribute to their regulation?
iii. Can we leverage our understanding of EGFR signaling to develop models for predicting the clinical effects of unique patient-derived EGFR mutations?
iv. How does ErbB2 – a member of this family – signal? Does it have a ligand?
v. How does ErbB3 – another member of this family – signal? Is the weak kinase that we reported for this presumed pseudokinase important? And how can ErbB3 be inhibited?
vi. We have also discovered that EGFR from some organisms is always dimeric, and are interested understanding EGFR signaling without dimerization.

2. Anaplastic Lymphoma Kinase (ALK)
Working with Dr. Yaël Mossé, a pediatric oncologist at the Children’s Hospital of Philadelphia, we are trying to understand how ALK – an orphan RTK – signals. Dr. Mossé discovered in 2008 that mutations in the tyrosine kinase domain of ALK cause a significant proportion of neuroblastomas, by promoting growth factor-independent signaling by the receptor. We have worked together to understand all ALK mutations seen in neuroblastoma patients, in terms of their signaling activity and response to available ALK inhibitors that are being used in the clinic. Working with Ravi Radhakrishnan in Penn Bioengineering, we are also trying to develop algorithms for predicting whether novel ALK mutations are activating and inhibitor-sensitive, which we hope will one day guide clinical treatment. In parallel, working with both human and Drosophila ALK, we are trying to identify the growth factor (or other) ligands that regulate this enigmatic RTK.

3. RTKs that bind Wnt Ligands
It is now known that several orphan RTKs, namely PTK7/CCK4 (called Lemon in Hydra!), Ror1/2, Ryk, and MuSK are involved in ‘non-canonical’ Wnt signaling. This is a new arena for RTKs, and how they are involved remains unclear. Moreover, PTK7/CCK4, Ror1/2 and Ryk all have so-called pseudokinases in their intracellular region. That is, they look like RTKs, but appear to have ‘dead’ tyrosine kinases. We are working hard to understand how these unusual RTKs mediate signaling by these unexpected ligands, combining biochemical, cellular and structural studies with a collaboration with Peter Klein’s lab here at Penn in Xenopus and Lee Fradkin (Leiden) in Drosophila. This work is likely to open new paradigms in RTK signaling and – we hope – to illuminate new therapeutic avenues. We also hope that these studies will shed new light on how pseudokinases function more broadly.

4. RTKs with FNIII Domains
We have recently become interested in the Tyro/Axl/Mer and Tie1/2 family of RTKs – in collaboration with Kate Ferguson’s laboratory. Although several of these are quite well studied, the mechanism of ligand-induced dimerization (if relevant) is not clear. Using a variety of approaches, we are interested in trying to understand determinants of dimerization in these important receptors.


B. Binding of Protein Modules to Lipids and Other Targets: Conditional Membrane Proteins

The Lemmon lab has worked a great deal in the past on Pleckstrin Homology (PH), PX, FYVE, and other domains that bind phosphoinositides and other membrane lipids. We also recently described the kinase-associated (KA1) domain as another module that binds acidic phospholipids (Moravcevic et al. Cell 143, 966: 2010). We are now trying to understand how the KA1 contributes to activation of the kinases that harbor it. We are also interested in other targets for PH, F-BAR and other domains – which we study by combining yeast genetic studies with structural biology and biochemistry.

back to top
Last updated: 08/26/2016
The Trustees of the University of Pennsylvania
Back to Top