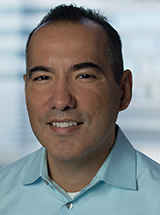 The sequences of the human genome and genomes of many other organisms are now readily available and have revolutionized modern biological research. Nevertheless, the next challenge presently on the horizon (after the post-genome era) is the comprehensive characterization of cellular proteins (i.e. the “proteome”), the ‘active/expressed’ part of the genome. DNA sequence or mRNA levels alone cannot predict the dynamic aspects of cellular function. Proteins, their post-translational modifications (PTMs) and the multi-protein complexes they form are the driving forces of cellular machinery that control a diverse number of physiological events. These observations have led to the emergence of a new sub-field of contemporary biology called Proteomics: the characterization of the protein complement expressed by a genome of a particular organism, tissue or cell. At the heart of proteomic experiments is the use of nanoflow liquid chromatography-tandem mass spectrometry for the analysis of complex protein mixtures, which is arguably the most rapid, sensitive and accurate technique available for sequence characterization of proteins.
The Garcia laboratory is focused on developing novel mass spectrometry based proteomic methodologies for quantitatively characterizing changes in protein and proteome expression and post-translational modification state during significant biological events, or in response to external perturbation. Our goal is to utilize large-scale proteomic data to improve our understanding of biological processes at the molecular level. Application of our proteomic technology spans several areas of cellular biology, but a couple of main interests are described below.

Towards deciphering the epigenetic Histone Code

Epigenetics refers to stable heritable changes in gene expression that are not due to changes in DNA sequence, such as DNA methylation, RNA interference and histone PTMs. These epigenetic changes are responsible for generating different cell types originating from the exact same genome. Emerging as one key regulator of cellular memory are histones. Histones are small basic proteins that function to package genomic DNA into repeating nucleosomal units (containing ~146 bp of DNA wrapped around two copies each of histones H3, H4, H2A and H2B) forming the chromatin fiber and hence our chromosomes. In general, the packaging of DNA into chromatin is recognized to be a major mechanism by which the access of genomic DNA is restricted. This physical barrier to the underlying DNA is precisely regulated, at least in part, by the PTMs on histones. A wide number of studies show that several single covalent histone modifications such as methylation, acetylation, phosphorylation and ubiquitination located in the N-terminal tails correlate with both the regulation of chromatin structure during active gene expression, or heterochromatin formation during gene silencing (i.e. the “Histone Code”). Nevertheless, it is currently unknown what effects, if any, multiple combinations of histone modifications might exert, and translating the combinatorial modification patterns of histones into biological significance remains a significant challenge. Additionally, these histone PTMs occur on multiple but specific sites, suggesting that histones can act as signaling platforms for proteins that bind or “read” these marks. In support, several proteins that contain special domains that bind various PTM sites on histones have been discovered. The Garcia lab has developed proteomics techniques that are considered state of the art for histone PTM analyses and are used world-wide by many research groups. Therefore, we feel that the utilization of advanced proteomic technology in the chromatin biology field will enhance investigations of histone modifications to a much higher scale. In combination with cell and biochemical experimentation, bioinformatics analysis and other “omics” technologies; we feel that our large-scale proteomic data will help provide a systems biology outlook on epigenetic processes that will lay the foundation for development of drug treatments for human diseases that are believed to involve epigenetic mechanisms.

Another goal of the Garcia lab is to develop and apply novel proteomics based methodology to understand how signaling pathways affect cellular functions and ultimately cell phenotypes. We use quantitative mass spectrometry to measure dynamic changes in protein abundances, protein PTM states, and to characterize protein:protein interactions. For example, we are specifically developing large-scale approaches to isolate and characterize a variety of different types of PTM modified proteomes (e.g. protein phosphorylation, methylation, acetylation, glycosylation, ADP-ribosylation, etc.). These types of approaches allow for example, the detection of thousands of modified proteins from cells or tissues. When combined with quantitative proteomics techniques such as stable isotope labeling of amino acids in cell culture (SILAC), these cutting-edge tools allow us to examine with unprecedented detail, the molecular level events involved in various biological processes such as during stem cell differentiation, viral infection, metabolic disorder or cancer progression. We are also very interested in the dynamics of protein modification, and have developed in vivo cellular metabolic labeling strategies to specifically label newly modified proteins. This methodology allows us to determine protein modification turnover rates or kinetics in response to external stimuli. These experiments have allowed us to define for the first time the dynamics of particular classes of modified proteins on a proteome scale. Lastly, we are extremely interested in how these different protein PTM signaling pathways crosstalk with one another, and we are developing the platforms to determine which modifications are found simultaneously on the same proteins, and how this biological code is then transformed to direct a myriad of cellular functions.

back to top
Last updated: 04/21/2020
The Trustees of the University of Pennsylvania
Back to Top