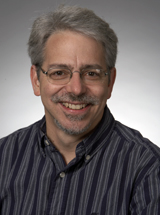 Post-Graduate Training
Postdoctoral Fellow, Department of Psychobiology and Center for the Neurobiology of Learning and Memory, University of California, Irvine, CA, 1981-1985.

Recent advances in cell biology and genetics have led to an explosion of information about intracellular signaling mechanisms for nerve cell death, and the identification of gene mutations responsible for inherited forms of many neurodegenerative diseases. There are, however, several challenges for converting these advances in basic neurobiology to new and effective treatments. Toward meeting these challenges, my laboratory is identifying specific cell death signaling pathways that underlie particular neurodegenerative processes in the brain, defining pathogenic mechanisms by which disease-causing mutations impact these signaling pathways, and devising non-invasive surrogate markers for detecting distinct modes of neurodegeneration in the brains of living organisms.

Our biomarker program has identified surrogate markers that are measurable in cerebrospinal fluid and serum following brain injury in both experimental animals and human patients, and indicate the magnitude of the brain damage, the underlying signaling mechanisms involved, and the efficacy of candidate neuroprotective treatment regimens. By developing a panel of such markers for neurodegeneration along with immunoassays for their highly sensitive and specific quantitation, we aim to impact the diagnosis, prognosis, and treatment of acute brain injuries in numerous clinical settings.

Another focus has been the characterization of mouse genetic models of Alzheimer’s disease (AD), developed either by “knocking in” disease-causing mutations in amyloid precursor protein and presenilin-1 into their endogenous mouse genes, or expressing pathological genes by a viral based approach in specific neural circuits impacted early in the course of AD. We are using the disease models to understand how an imbalance in neuronal protein homeostasis leads to abnormal protein accumulation, discern how protein aggregates impact forms of adaptive plasticity in neural pathways that are both critical for long-term memory and severely impacted in AD, and identify treatment strategies for reducing the pathology and restoring the neural plasticities.

back to top
Last updated: 07/24/2018
The Trustees of the University of Pennsylvania
Back to Top