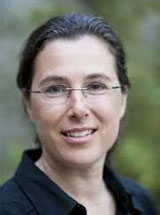 Research Interests:
I am dedicated to research and teaching in anthropological theory and methods, the social studies of science and technology, globalization and health, and medical anthropology. In my ethnographic studies, I have investigated the cultural and political dimensions of science and medicine in eastern Europe and in the United States (with a focus on the Chernobyl nuclear disaster and on clinical research and pharmaceutical globalization). My concerns center on public and private forms of scientific knowledge production, as well as on the role of science and technology in public policy (particularly in contexts of crisis, inequality, and political transition). I probe the social nature of scientific knowledge, how populations are enrolled in scientific experimentation, and what becomes of citizenship and ethics in that process. The anthropological method involves charting the lives of individuals and institutions over time through interviews, participation-observation, and comparative analysis. It illuminates fine-grained realities that are often more nuanced than those described by policy makers or captured in controlled experiments. The anthropological scrutiny of large-scale political and medical change always entails attending to how ordinary people—often encountering bewildering and overburdened systems—cobble together resources to protect their health and citizenship. This type of endeavor, involving interdisciplinary collaboration and rigor, aims to make science more responsive and accountable to the human enterprise. My courses have drawn students from anthropology, the history of science, business, engineering, nursing, political science, and the biological sciences (pre-med). Integrating ethnographic insights into my teaching helps students to orient themselves and their intellectual energies toward a variety of social problems and challenges.

back to top
Last updated: 11/22/2016
The Trustees of the University of Pennsylvania
Back to Top