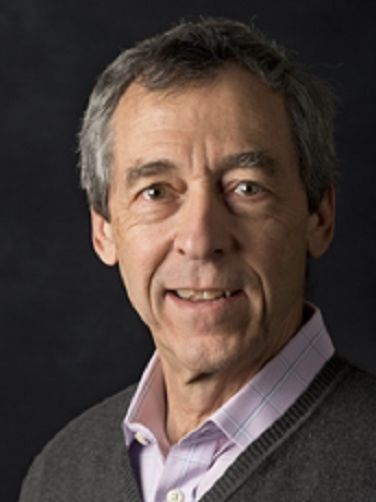 Motor proteins and GTP-binding proteins (G-proteins) share many structural and functional attributes. Molecular motors myosin, dynein and kinesin are prototype biological energy transducers that can be understood at a particularly fine level of detail. The obvious functional output (force and motion) allow the reaction sequence to be probed by single molecule biophysical, chemical and structural studies. A cyclic interaction between actin and myosin transforms free energy of splitting ATP into motion and mechanical work. Modified forms of this mechanism power other cell biological motions such as targeted vesicle transport and cell division. We are using novel biophysical techniques, including nanometer tracking of single fluorescent molecules, bifunctional fluorescent probes and infrared optical traps (laser tweezers) to map the real-time domain motions of the motor proteins.

Although the ribosome has been studied extensively since the unraveling of the genetic code, how it accomplishes the enormous fidelity of messenger RNA translation into amino acid sequences during protein biosynthesis is not understood. The ribosome is a motor translocating along the mRNA exactly 3 bases per elongation cycle. Energy from splitting GTP by G-protein elongation factors (EFs) is transformed into translational accuracy and maintenance of the reading frame. Codon-anticodon base pairing between mRNA and tRNA ‘reads’ the code, but EF-Tu ‘proofreads’ it. EF-G is the motor catalyzing translocation of tRNAs and mRNA. Powerful techniques developed for studies on motor proteins, including single molecule fluorescence and optical traps, may be applied to understand the structural biology, energetics, and function of EFs in their working environment.

Lamport Lecturer of the University of Washington, School of Medicine

President of the Biophysical Society

Fellow of the Biophysical Society

Fellow of the American Association for the Advancement of Science

Institute for Medicine and Engineering

Department of Biochemistry and Molecular Biophysics