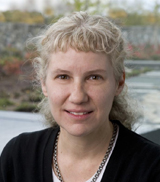 RESEARCH SUMMARY
Our laboratory focuses on using the powerful genetics of Drosophila melanogaster in order to define genes that are critical to prevent human brain degeneration. Many human neurodegenerative diseases are poorly understood and untreatable, including Huntington's, Parkinson's and Alzheimer's diseases. In order to pioneer new ways to prevent and treat these devastating diseases, we are applying the power of Drosophila genetics to the problem. Overall, genes in Drosophila are highly conserved to humans, such that any genes that we find which are critical to maintenance of the brain in flies are likely to have conserved homologues in humans - with conservation not only of protein sequence, but also of protein function.

Toward this end, we have introduced human disease genes into Drosophila in order to recreate the respective human disease in flies. One example is human polyglutamine disease, of which Huntington's disease is an example. Expression of a mutant human polyglutamine disease gene in flies confers a phenotype remarkably reflective of the human disease -- late-onset, progressive neural degeneration. With this fly model, we are using molecular and genetic approaches in order to define genes and mechanisms involved in progression of degeneration, and ways to stop the degeneration entirely. One powerful class of suppressor genes we have defined include the molecular chaperones, which alter protein folding, potentially masking and diminishing disease protein toxicity. We are generating fly models for additional human neurodegenerative diseases, and continuing with Drosophila genetic approaches to identify and study suppressor mechanisms for preventing neural degeneration. By this approach, we are using the powerful genetics of Drosophila in order to pioneer new approaches to understand and prevent human neurodegenerative disease.

back to top
Last updated: 12/13/2012
The Trustees of the University of Pennsylvania