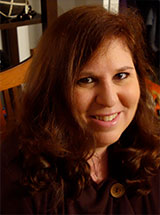 African Integrative Evolutionary Genomics
We combine field work, laboratory work, and computational approaches to address fundamental questions about modern human evolutionary history and the genetic architecture of traits related to adaptation and disease risk in Africa. We are using an integrative genomics approach, incorporating genomic, proteomic, epigenetic, transcriptomic, metabolomic, and microbiome data obtained from ethnically diverse Africans living in distinct environments to identify genetic and environmental factors that play a role in a number of anthropometric, metabolomic, cardiovascular, and immune related traits. Many of these traits are likely to play a role in adaptation and some may play a role in disease susceptibility. We are characterizing gene and transcription networks to study how naturally occurring genetic and structural variation perturbs them. We are also studying how these networks are impacted by variable environmental factors such as lifestyle, diet, drug response, and infectious disease exposure. Additionally, we are examining patterns of genetic variation at the genome level among modern humans and non-human primates in order to elucidate the evolutionary forces (mutation, gene conversion/recombination, migration, drift, selection) that shape and maintain genetic variation in contemporary populations. These data are being used to reconstruct historical demographic and population differentiation events (including population expansion and contraction, subdivision, and migration) and to test hypotheses of modern human origins, including the possibility of introgression of archaic and modern human genomes.

African Genomic and Phenotypic Diversity Project
Most studies of human genomic variation and the genetic architecture of complex traits have focused on non-African populations. However, Africa is a critical region to study since it is the site of modern human origins, contains the greatest levels of human genetic variation, and is the source of the worldwide range expansion of modern humans in the past 100,000 years. Africa also has a high prevalence of several infectious diseases including HIV, malaria, and TB, resulting in millions of deaths per year. Additionally, several common complex diseases occur at higher frequency in African Americans, and are rapidly on the rise in urban regions of Africa, including hypertension, obesity, and type II diabetes. Differences in diet, climate, and exposure to pathogens among ethnically and geographically diverse African populations are likely to have produced distinct selection pressures, resulting in local genetic adaptations, some of which may play a role in disease susceptibility.

To address the disparity of human genomic studies in Africa, we and African collaborators have assembled an extensive and unique collection of DNA samples from >9,000 geographically and ethnically diverse Africans with distinct diets (hunter-gatherers, pastoralists, agriculturalists) and living in diverse environments with differing pathogen exposure. Additionally, for these samples we have detailed ethnographic and nutritional information as well as detailed phenotype data for a wide range of anthropometric, cardiovascular, metabolic, and immune related traits. Great care is taken to conduct this research in an ethical manner. We have undergone extensive ethical review and approval at the institutional and national level in each African country, obtained group and individual consent, and returned results to participants whenever possible. An additional goal is to help train African scientists and students and to help build resources within Africa for doing human genomics research.

In collaboration with our African colleagues, we are analyzing genomic data from this unique set of samples. From these studies, we will gain valuable knowledge of the genetic structure of African populations and the identification of markers that will be useful in gene mapping studies; we will learn about the correlation of environmental, cultural, linguistic, and genetic variation; we will be able to obtain estimates of demographic parameters and to test hypotheses of modern human origins and more recent population migration and differentiation events; we will identify functional regulatory elements that influence gene expression; we will identify genomic variants and pathways that play a role in human adaptation, phenotypic variation, and disease risk in African and African diaspora populations. Because non-African populations generally contain a subset of variation present in Africa, and because of low-levels of linkage disequilibrium in African populations, these studies will also be informative for fine-mapping of genetic variants associated with normal variable traits and disease risk in non-Africans.

The genetic basis of adaptation in humans
We currently know little about how changes at the genetic level correlate with phenotypic changes and adaptation to novel environments during recent human evolutionary history. Additionally, it has been hypothesized that genetic mutations associated with common complex diseases (e.g. hypertension, diabetes, obesity, asthma, arthritis, allergies, etc.) may be at high frequency in modern populations because they were adaptive in ancient environments. Thus, characterization of signatures of natural selection in genes that are of adaptive significance may be of use for identifying functionally significant variants, some of which may play a role in human disease. We are particularly interested in identifying local adaptation in culturally and geographically diverse Africans, because of the possibility that selective forces, and genetic variants, may be geographically restricted. We are also interested in developing and applying methods for distinguishing balancing selection, soft selective sweeps (i.e. selection from standing variation), and selection of loci involved in complex traits. Recent examples of our studies of local adaptation in Africa includes the identification and characterization of natural selection at loci that play a role in lactose tolerance in African pastoralists, the genetic basis of adaptation to high altitude in Ethiopia, and the genetic basis of the short stature trait in Western African Pygmies.

Scheinfeldt, L. B., Soi, S., Tishkoff, S. A.: Colloquium paper: working toward a synthesis of archaeological, linguistic, and genetic data for inferring African population history. Proceedings of the National Academy of Sciences 107 Suppl 2: 8931-8, 2010.

back to top
Last updated: 03/05/2020
The Trustees of the University of Pennsylvania