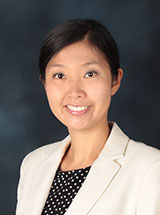 N6-methyladenosine (m6A) is an abundant and dynamically regulated class of RNA base modification in mRNAs and non-coding RNAs. It affects multiple aspects of RNA metabolism and controls developmental transitions by regulating mRNA decay and translation. We are developing sensitive sequencing methods to detect RNA m6A methylation in a wider array of clinical and biological samples and using transcriptome engineering technologies to investigate the regulatory and functional consequences of m6A methylation.

back to top
Last updated: 06/15/2022
The Trustees of the University of Pennsylvania