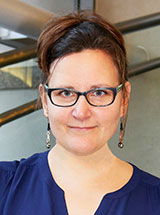 In addition to my neuroscience expertise, I have extensive experience mentoring trainees. From 2000 until my move to PennMed/CHOP in 2016, I trained 11 postdoctoral, 13 predoctoral, 26 undergraduates, and 29 high school students in the laboratory. At UT Southwestern, I was Principal Investigator from 2008 until 2016 (when I moved to PennMed/CHOP) of a NIDA T32 training grant (DA T32007290) which provided training for 6 predoctoral and 5 postdoctoral trainees each year in basic translational research. Since having moved my group to PennMed/CHOP, I have hosted predoctoral trainees for rotation experiences, as well as undergraduate/high school students for summer research experiences. I have also been named co-Director of an NINDS T32 training grant on neurodevelopmental disorders (Director: Mike Robinson), and been appointed to the Executive Committee for the PennMed Neuroscience Graduate Group. These activities demonstrate my commitment to training the next generation of neuroscientists.

I am neuroscientist with a broad interest in how molecular and cellular changes – such as the changes in the number of neurons generated in the hippocampus, a brain region important for learning/memory and regulation of anxiety and the stress response – influence both normal behavior and cognitive functioning. I am interested in how developmental and adult neurogenesis in particular and dentate gyrus plasticity in general contribute to abnormal functioning with relevance to developmental, psychiatric, and neurological disorders. Current Eisch Lab projects span genetic, molecular, cellular, circuit, and functional/behavioral levels, and are funded by NASA and NIH (both the National Institute on Drug Abuse and National Institute on Mental Health).

back to top
Last updated: 09/07/2022
The Trustees of the University of Pennsylvania