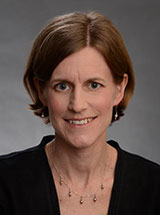 Coagulation factors and gene-based therapies for the treatment of hemophilia

The research in the Sabatino Laboratory is focused on the inherited bleeding disorder, hemophilia. The interests of the laboratory include (1) the study of variants of coagulation factor VIII to understand the biochemical properties of these proteins and to identify novel variants with enhanced function and (2) the development of gene-based therapeutic approaches for treating hemophilia.

Hemophilia A is a bleeding disorder caused by mutations in the factor VIII gene. Current treatment for this disease is protein replacement therapy that requires frequent infusion of the factor VIII protein. The major complication of this treatment is the development of an immune response to the factor VIII protein that occurs in ~25% of hemophilia A patients. Using a gene-based approach our goal is to achieve sustained therapeutic levels of factor VIII expression so that patients no longer require frequent protein treatments. The continuous factor VIII expression would prevent bleeding episodes and may ensure that immune tolerance to the protein is established.

back to top
Last updated: 06/20/2022
The Trustees of the University of Pennsylvania