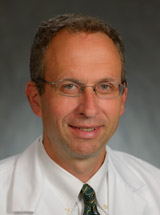 Research Interests
The regulation and function of sleep and fatigue

Growth of C. elegans from an embryo to an adult is punctuated by four molts, during which the animal secretes a new cuticle and sheds its old one. Prior to each molt the worm has a quiescent behavioral state called lethargus. Lethargus has several similarities to sleep in other animals including rapid reversibility to strong stimulation, increased sensory arousal threshold, and homeostatic regulation. Remarkably, genetic regulation of lethargus quiescence is similar to genetic regulation of sleep in other animals.

In addition to developmentally-timed sleep sleep, C. elegans also sleeps after exposure to an environment that induces cellular stress. This stress-induced sleep requires just two neurons, called the ALA and RIS neurons, which secrete neuropeptides to promote sleep. Sickness induced sleep is one component of a general sickness response, which likely serves a beneficial response to the animal. Understanding the mechanism of this behavioral response is relevant to our understanding of fatigue, a near universal symptom in patients during illness.

back to top
Last updated: 01/11/2023
The Trustees of the University of Pennsylvania