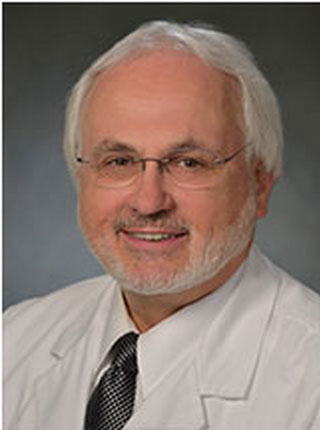 The Kolson lab focuses the roles for inflammation, immune activation, and oxidative stress in virus-induced neurodegeneration. Major areas of focus involve immunodeficiency viruses (HIV and simian immunodeficiency virus/SIV). Research in the lab involves analysis of human brain specimens from HIV infected individuals, studies of neurodegeneration and neuroinflammation in SIV-infected Rhesus macaques, in vitro modeling of HIV-induced neurodegeneration, and oxidative stress responses in vitro and in vivo. We also study responses to HIV infection in cohorts of individuals participating in national/international clinical cohort trials.

We have developed a unique in vitro model of HIV-induced neurodegeneration, and we combine this model with analyses of autopsied human brains from HIV infected individuals and SIV-infected Rhesus macaques to identify pathways of neurodegeneration and modulating effects of host antioxidant response genes. We have identified a defect in the human host anti-oxidant response to HIV infection of the brain that determines an individual's risk for neurodegeneration and neurocognitive impairment in HIV infection. This has led to a pilot proof-of-principle neuroprotection drug study in Rhesus macaques. In neurogenetic studies, we have linked a common genetic polymorphism ((GT)n dinucleotide repeat length variation) in the antioxidant gene heme oxygenase-1, to risk for neuroinflammation and neurocognitive impairment in HIV-infected persons.

Dr. Kolson has had active NIH funding for his laboratory since 1992, and he has trained PhD and MD-PhD students in his lab. Several of his students have been awarded a Ruth L. Kirschtein (F30, F31) National Research Service Award (NRSA) to support their own research training. He is active in training graduate and medical students as a laboratory research mentor, and he also gives interested trainees an opportunity for exposure to translational aspects of neurovirology/neuroimmunology research by offering students an opportunity to attend his weekly multiple sclerosis outpatient clinic.

back to top
Last updated: 07/30/2020
The Trustees of the University of Pennsylvania