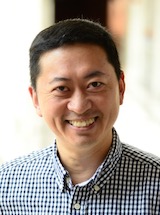 The Zhou laboratory is interested in understanding the epigenetic mechanisms that integrate environmental factors with the genetic code to govern brain development and function, elucidating the pathophysiology of specific neurodevelopmental disorders with known genetic causes such as Rett syndrome and CDKL5 deficiency, and illuminating the pathogenesis of selective neuropsychiatric disorders with complex genetic traits such as autism and major depression. We use a variety of cutting-edge genomic technologies, together with cellular and physiological assays in genetically modified mice, to pursue our interests, and aim to ultimately translate our findings into therapeutic development to improve treatment for neurodevelopmental and neuropsychiatric disorders.

The genetic underpinnings of neuropsychiatric disorders are highly complex, involving multifaceted interactions between risk genes and the environment. It is known that environmental factors such as adverse early life events or chronic traumatic experience confer significantly greater susceptibility to psychiatric conditions later in life. However, the pathogenic mechanisms by which environmental factors interact with genetic programs in the nervous system to trigger psychiatric illness remain poorly understood. To gain insights into this process on the molecular level, we have employed both bulk and single-nucleus next-generation sequencing technologies to identify stress-induced epigenetic modifications from individual neuronal cell types and followed up on potential targets using novel genetically modified mice. Using CRISPR-mediated genomic and epigenomic editing techniques, we are prepared to evaluate the causal relationship between stress-induced epigenetic changes and maladaptive behaviors, and to elucidate the key signaling pathways that mediate gene-environment interactions in the brain.

Rett Syndrome (RTT) is a neurodevelopmental disorder characterized by developmental regression, motor dysfunction, and cognitive deficits. The majority of RTT cases are associated with mutations on the X-linked gene encoding MeCP2, a methyl-CpG binding protein involved in organizing chromatin and modulating gene expression. To understand the molecular pathogenesis of RTT, we have developed mouse models recapitulating RTT-associated mutations. We found that mice with RTT-associated missense mutations, such as R106W, T158M and T158A, develop RTT-like phenotypes and show deficits in neural circuitry. These mutations decrease the binding of MeCP2 to methylated DNA and concomitantly reduce MeCP2 protein stability, leading to gene expression and cellular morphological changes in a neuronal cell type-specific manner. We have also uncovered cell autonomous and non-cell autonomous functions of MeCP2 in the regulation of gene expression both transcriptionally in the nucleus and post-transcriptionally in the cytoplasm. Given the postulated role of MeCP2 in genome organization, we are prepared to investigate how MeCP2 dysfunction leads to changes in chromatin architecture while gaining molecular insights into the pathogenesis of Rett syndrome.

CDKL5 deficiency disorder (CDD) is a disorder caused by genetic defects in the X-linked gene encoding cyclin-dependent kinase-like 5 (CDKL5). Patients with CDKL5 dysfunction show early-onset intractable seizures and severe neurodevelopmental impairment, and are frequently diagnosed with a number of disorders including Infantile Spasms, West Syndrome, Lennox-Gastaut, atypical Rett Syndrome, and autism. To gain insight into the pathogenic mechanisms underlying CDKL5-related disorders, we have developed mouse models in which the CDKL5 gene is ablated or modified. We found that loss of functional CDKL5 disrupts multiple signal transduction pathways, impairs hippocampal event-related potentials, and leads to autistic-like phenotypes in mice. We have employed a genetic strategy to dissect the spatial and temporal contribution of CDKL5 to brain development and function, and have also engineered conditional rescue mouse models to determine the reversibility of CDD-related phenotypes. We are prepared to identify the molecular targets of CDKL5, delineate the optimal time window amenable for treatment, and investigate the neural mechanisms by which CDKL5 dysfunction leads to early onset seizures and cognitive deficits.

Cytosine methylation (5mC), mostly at CpG dinucleotides in mammals, is a central epigenetic mark essential for development. Interestingly, neurons have a unique DNA methylation profile, with large amounts of non-CpG DNA methylation (mCH) and hydroxymethylcytosine (5hmC). While we can now profile DNA methylation genome-wide at single-base resolution, how the neuronal methylome is established and maintained, and how the neuron interprets the methylome to affect gene expression and chromatin structure remain poorly understood. Moreover, recent studies have challenged the stability of the methylome in postmitotic neurons and have coupled changes in DNA methylation at specific loci to adaptive behaviors. We are interested in understanding how DNA methylation is coded and decoded genome-wide to help establish and maintain neuronal function across the lifetime. We have generated a variety of in vivo tools to study the functional significance of 5mC and 5hmC in neural development, the role of the methylome in the establishment of neuronal identity, and the molecular mechanisms by which the methylome modulates genome function in the brain.

back to top
Last updated: 01/30/2023
The Trustees of the University of Pennsylvania