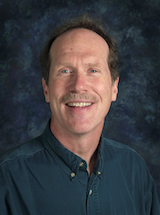 1. The cell biology of MHC class I-restricted antigen processing and presentation: My laboratory continues to explore the forces that drive the extremely rapid MHC class I-restricted presentation of both cytosolic and endoplasmic reticulum-targeted proteins, and how differential processing could impact both the induction and effector phases of CD8+ T cell responses. We have demonstrated that processing of antigen targeted to the endoplasmic reticulum is both qualitatively and kinetically distinct from antigen targeted to the cytosol. In addition, we have proposed a model in which the almost instantaneous processing of cytosolic antigens is not due to defectiveness on the part of the antigen but, rather, unchaperoned nascent peptide. Our efforts could enhance the rational design of vaccines that are intended to target the CD8+ T cell compartment.

2. The cell biology of MHC class II-restricted antigen processing and presentation: A generally accepted paradigm in fundamental immunology is that CD4+ T cells recognize peptides derived from exogenous (internalized) sources of antigen while CD8+ recognize peptides derived from endogenous sources of antigen (generally, proteins synthesized within the antigen-presenting cell). I have had a longstanding interest in MHC class II-bound peptides derived from endogenous sources of antigen. As a graduate student I reported on an epitope within the influenza neuraminidase (NA) molecule that can only be presented from endogenously produced NA. No amount of exogenous, inactivated virus, displaying abundant amounts of NA at the virion surface, could be converted to class II-bound peptide by antigen-presenting B cells. Subsequently, my laboratory demonstrated that this NA epitope and another residing within the hemagglutinin molecule are produced by a processing pathway that is much more class I-like in character, involving delivery of antigen to the cytosol, and being dependent upon activity of both the proteasome and TAP (transporter associated with antigen processing). Recently, we have assessed the prevalence of this alternative, endogenous MHC class II-restricted antigen processing. We have found that a variety of endogenous processing pathways are the major drivers of the primary CD4+ T cell response to influenza and also rabies. These findings should fundamentally alter a cornerstone principle of basic immunology and, consequently, rational vaccine design. It should also expand the potential scenarios for the development of autoimmune disease and the potential targets for cancer immunotherapy.

3. "Cryptic" MHC Class I-Restricted Epitopes: In MHC class I antigen processing and presentation, my laboratory has also explored the generation and significance of “cryptic” epitopes that are produced by errors during translation. Thus, protein synthesis will occasionally initiate at an internal start codon, the ribosome having failed to decode the first AUG. Likewise, during translation the ribosome can, at low frequency slip into an alternative reading frame. In both cases we have demonstrated that these aberrations may have no biological significance but can be readily recognized by CD8+ T cells. Most recently, we have made a similar observation with respect to the low level of stop codon recoding that is induced in eukaryotic cells by aminoglycoside antibiotics. In this case, we identified by tandem mass spectrometry numerous class I-bound recoded peptides in gentamycin-treated cells but not their control counterparts. Thus, the immunological definition of “self” and “foreign” changes in the presence of these antibiotics, providing a potential mechanism for induction of autoimmunity.

4. Cancer immunotherapy and autoimmunity: For several years we have applied our experience in viral immunity to the very challenging area of cancer immunotherapy. One area of focus is papillary thyroid cancers caused by the RET/PTC3 (RP3) fusion protein. Despite not having a viral etiology, RP3 causes neoantigen formation via aberrant phosphorylation, resulting in the presentation of tumor-specific phosphopeptides (“signal 1” for T cell activation) and activates NF-kappaB, resulting in release of proinflammatory cytokines from tumor cells (the co-stimulatory “signal 2”). First in collaboration with the Rothstein lab and then on our own we have been pursuing the hypothesis that RP3-induced papillary thyroid cancer is relatively benign because it induces a robust, effective T cell response that keeps the cancer in check. We have published evidence to this effect and demonstrated that the transforming and inflammation-inducing signals emanating from RP3 can be functionally dissociated. The work provides an important counterbalance to the notion that inflammation abets cancer progression. In addition, we have collaborated with the Waldman lab at Thomas Jefferson University in exploring viability of the guanalyl cyclase C (GC-C) receptor as a target for metastatic colorectal cancer immunotherapy. GC-C is expressed exclusively in small regions of the central nervous system and on the luminal surfaces of colonic epithelial cells and induces only partial tolerance. Thus, it is an attractive target for therapeutic vaccination. This was demonstrated in mice and a Phase 1 clinical trial in humans with a GC-C-expressing adenovirus is underway.

back to top
Last updated: 03/21/2021
The Trustees of the University of Pennsylvania