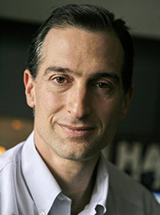 Charles Branas is currently Department Chair and Gelman Endowed Professor of Epidemiology at the Columbia University Mailman School of Public Health. He has been affiliated with and on faculty at the University of Pennsylvania for over 25 years. Dr. Branas has conducted research that extends from urban and rural areas in the US to communities across the globe, incorporating place-based interventions and human geography. He has led win-win science that generates new knowledge while simultaneously creating positive, real-world changes and providing health-enhancing resources for local communities. His pioneering work on geographic access to medical care has changed the healthcare landscape, leading to the designation of new hospitals and a series of national scientific replications in the US and other countries for many conditions: trauma, cancer, stroke, etc. His research on the geography and factors underpinning gun violence has been cited by landmark Supreme Court decisions, Congress, and the NIH Director. Dr. Branas has also led large-scale scientific work to transform thousands of vacant lots, abandoned buildings and other blighted spaces in improving the health and safety of entire communities. These are the first citywide randomized controlled trials of urban blight remediation and have shown this intervention to be a cost-effective solution to persistent urban health problems like gun violence. He has worked internationally on four continents and led multi-national efforts, producing extensive cohorts of developing nation scientists, national health metrics, and worldwide press coverage.

back to top
Last updated: 09/03/2019
The Trustees of the University of Pennsylvania