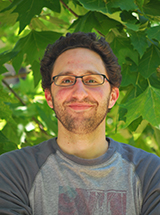 Research Interests: The synaptic and circuit mechanisms of behavioral control

Research Details: My laboratory is interested in understanding how neural circuits of the striatum regulate mouse behavior – from simple motor patterns to complex goal-directed actions. To do this, we explore this system at the molecular, synaptic and behavioral level. We employ a range of technologies in seeking a more comprehensive understanding of the normal regulation of striatal function as well as its disruption in mouse models of neuropsychiatric disease.

During my postdoctoral training I initiated a project investigating the circuit and synaptic basis of autism-associated abnormalities in behavioral control. We focused on the enhanced motor learning of mice with mutations in Neuroligin3 (NL3), an autism-associated synaptic adhesion molecule thought to guide synapse assembly. We postulated that their improved performance on the accelerating rotarod - a phenotype displayed by many autism-relevant mouse mutants – might serve as a behavioral endophenotype for the repetitive motor routines commonly seen in autism spectrum disorders. Quantitative video-capture analyses of rotarod learning demonstrated that improved performance in mutant mice was associated with accelerated formation of stereotyped patterns of paw placement. Through targeted viral injections and genetic cell-type specific manipulation of NL3 function, we found that deletion of NL3 in D1 dopamine receptor positive medium spiny neurons (D1R+ MSNs) of the nucleus accumbens (ventral striatum) was sufficient to generate enhanced rotarod learning and other stereotyped behaviors. Subsequent analysis of synaptic transmission identified a cell-type specific deficit in inhibitory transmission onto D1R+ MSNs, which lead to an excitatory-inhibitory imbalance that likely enhanced formation of motor patterns in NL3 autism models. Current studies are using similar molecular/genetic techniques to explore the circuit basis of reward-related abnormalities seen in operant behaviors with NL3 mutant mice.

Neuroligins and their presynaptic Neurexin ligands are part of an intricate array of synaptic adhesion molecules (SAMs) that bestow circuit specific characteristics to synaptic connections. Understanding the diversity of SAM expression could provide an understanding of how synapse specificity is cooperatively determined, as well as reveal circuits that lack molecular redundancy and are thereby more vulnerable to individual genetics insults. To explore this concept, I investigated SAM diversity within striatal and hippocampal circuits through a single-cell transcriptional analysis. Using microfluidics-based quantitative-PCR technology combined with single cell isolation of neurons defined by transgenic reporter mice and viral synaptic tracing, I have begun to characterize circuit-specific expression of synaptic adhesion molecules as well as other gene families that may underlie diversity in synaptic connectivity, regulation and function.


Going forward, my lab will use complementary approaches to explore how neural circuits projecting to the striatum function in regulating behavior.

I. Is there a molecular logic to the composition of striatal circuits?
The striatum integrates neuronal connections from prefrontal and motor cortices, amygdala, hippocampus, thalamus, as well as dopaminergic and serotonergic neuromodulatory systems. Do these circuits possess unique molecular architectures that bestow specific synaptic connectivity, modulation and behavioral function?

back to top
Last updated: 12/20/2018
The Trustees of the University of Pennsylvania
Back to Top