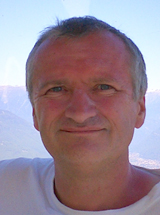 Description of Research
We are a molecular hematology lab interested in the pathogenesis of bone marrow failure (BMF)syndromes, with particular emphasis on Dyskeratosis Congenita (DC) and Diamond Blackfan Anemia (DBA). Our experiments have led us into investigations of basic biological mechanisms of telomere maintenance, which underlies DC and ribosome biogenesis, which is faulty in DBA. We use mutant mice, induced pluripotent stem cells (iPSCs), tissue culture cells and cells from consented patients in our studies. We are interested in how the mutations in DC and DBA perturb telomere maintenance and ribosome biogenesis and in the mechanisms by which the perturbations cause failure of hematopoiesis. Our studies may be relevant to how both these conditions lead to an increased risk of leukemia and other malignancies. Major projects in the laboratory include:-

1. Development of a mouse model of X-linked dyskeratosis congenita. We have used gene targeting to produce mice containing the mutations in the Dkc1 gene that cause DC in humans. The mice show several key features of the disease including premature aging of hematopoietic stem cells. The premature aging phenotype is largely corrected when the mice are treated with the antioxidant N-acetylcysteine. The role of oxidative stress in the disease is under investigation. We are introducing the mutant gene into a strain of wild mice that have short telomeres to study those effects of the mutations that trigger a critically short telomere response.

2. Testing drugs that may combat bone marrow failure. We have developed a sensitive cell culture system to test the effect of drugs and specific gene manipulation on the growth rate of cells with DC mutations. We are using the system to test a range of anti-oxidants, specific inhibitors and siRNAs to discover which metabolites and signaling molecules can be inhibited to improve the growth of DC cells. In separate experiments we are testing out specific drugs that suppress premature STOP codons for their potential use in patients whose pathogenic mutation causes premature termination.

3. We are trying to find out how ribosomal protein haploinsufficiency, the cause of most cases of DBA leads to failure of erythropoiesis. In cell lines we are knocking down different ribosomal prorteins and monitoring the changes in gene expression and in recruitment of mRNAs into polysomes. In collaboration with Mitch Weiss’s lab we are studying iPSCs made from DBA patients’ cells. These cells show molecular features of DBA and may be useful in characterizing the events that lead to red cell aplasia in this disease.

4. We are investigating clonal hematopiesis in BMF syndromes. Clonal hematopoiesis may be due to an acquired mutation that gives cells a growth advantage at the stem cell of progenitor level. These mutations may lead to remission from the effects of BMF or may lead to the development of a malignant clone. Our aim is to determine the nature of the genomic changes leading to clonality by using SNP arrays and whole exome (or genome) sequencing. This information may be useful in developing new treatments or in the discovery of early markers of malignancy.

back to top
Last updated: 01/10/2017
The Trustees of the University of Pennsylvania