In the Atluri lab, we use approaches from different fields to produce novel treatments for ischemic heart conditions.  This includes using surgical, bioengineering, and biological approaches to improve perfusion and function of the ischemic tissue. To this effect, our team comes from diverse backgrounds.

Dr. Atluri is Director of Mechanical Circulatory Support and Heart Transplant and Director of Minimally Invasive and Robotic Cardiac Surgery at the University of Pennsylvania.  He has a large practice focused on heart failure and minimally invasive therapy for valvular heart disease.  He has written extensively on heart transplantation, mechanical circulatory support, and mitral valve disease.  His basic science focus dovetails his clinical focus.

Peter is a PGY4 Resident in the General Surgery Program at Thomas Jefferson University and is a graduate of the Sidney Kimmel Medical College. His interests include cardiac surgery and heart failure. He plans to pursue a career in academic cardiac surgery.

Jason is a PGY2 Resident in the Integrated Cardiac Surgery Program. He received his bachelors degree in Neuroscience at Columbia University and is a graduate of the Perelman School of Medicine at the University of Pennsylvania. He is a writer for the healthcare section of the Philadelphia Inquirer, a writing fellow for Doximity Op (m)-ed, and is interested in heart failure, and clinical ethics. He plans to pursue a career in academic cardiac surgery.

Mark is a PGY4 Resident in the Integrated Cardiac Surgery Program and is a graduate of the Johns Hopkins School of Medicine. His interests include valvular disease and heart failure. He plans to pursue a career in academic cardiac surgery.

Michael is a PGY7 Resident in the Integrated Cardiac Surgery Program. He is a graduate of Gonville and Caius College, Cambridge and Imperial College London. He has held honorary research fellowships at The Royal Brompton & Harefield Hospital, Great Ormond Street Hospital and The Heart Hospital.

Dr. Ibrahim completed his PhD under the mentorship of Sir Magdi Yacoub FRS OM. His research focus is on short and long-term advanced therapies for heart failure. In particular, Dr. Ibrahim’s research aims to identify novel therapeutic mechanisms by which mechanical unloading induces reversal of heart failure, alone or in conjunction with novel, disruptive therapies. He also has a research interest in aortic root surgery, including The Ross Operation. He aspires to a career in academic cardiac surgery.

Amit is a PGY2 Resident in the Integrated Cardiac Surgery Program and is a graduate of the David Geffen School of Medicine at UCLA. His interests include extracorporeal membrane oxygenation (ECMO) and heart transplantation. He plans to pursue a career in academic surgery.

Tej is a current undergraduate student at the University of Pennsylvania. He is pursuing a major in Healthcare Management and Policy. In addition, he is a board member of the Wharton Undergraduate Healthcare Club, volunteers at the university hospital, and is an executive editor for Synapse. He is interested in pursuing a career in cardiology.

Robin is a current undergraduate student at the University of Pennsylvania. She is pursuing a double major in Biophysics and Communications in the College. She is interested in pursuing a career in medicine.

Hetal is a current undergraduate student at Drexel University. She is pursuing a major in Biological Sciences with Honors distinction. Outside of research, she is an advocate for homeless healthcare by starting www.ch2i.org, volunteers as an EMT, and dances competitively. She is interested in pursuing a career in medicine and surgery. 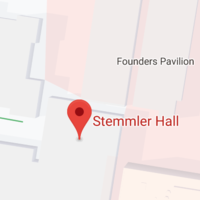