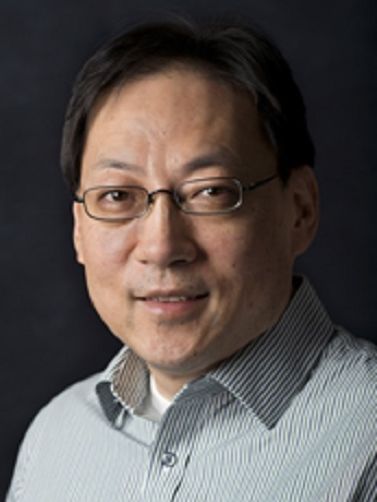 Ion channels are integral membrane proteins that allow specific types of ions to pass across cell membranes in a controlled manner. The transmembrane ion fluxes through these channels generate electric signals in the so-called excitable cells, including nerve, muscle, and endocrine cells, and facilitate transmembrane salt movement via transporters. As exemplified below, our laboratory investigates the fundamental mechanisms of ion channels, develops inhibitors targeting certain channels, uses the inhibitors to dissect channel functions, and examines how disruptions of their functions lead to diseases such as cystic fibrosis. We employ an integrated approach that comprises structural biology, single-molecule fluorescence-polarization microscopy, electrophysiology, Ca2+ imaging, molecular biology, biochemistry, cell biology, histology, and transgenic animal models.

Conformational changes within typical protein molecules are rapid and small, which makes it extremely challenging to resolve them by means of direct distance measurements. However, as protein-conformational changes primarily involve rotation motions, they can be resolved by determining orientation changes of a fluorescent label rigidly attached to a protein's domain that adopts a unique orientation in each conformation. By examining multiple polarized fluorescence components of a fluorophore label using a high-resolution polarization microscopic method, we succeeded in tracking, at a rate of 10 ms per frame, the orientation changes of a single subunit of the Ca2+-activated MthK channel and thus its conformational transitions, with effective standard deviation (σ) as low as 2°. Judging from available crystal structures, the position of the fluorophore's center would differ by 3.4 to 8.1 Å among these structures in different conformational states. Thus, our approach allowed one to the resolve multiple conformational states involving angstrom-scale displacements. Furthermore, we determined the fundamental energetic and kinetic characteristics of these conformational states, namely, their probabilities and lifetimes, in a series of Ca2+ concentrations. With such quantitative information, we successfully deduced, within the framework of statistical mechanics, an analytic model that quantitatively predicted the Ca2+ dependence of both the channel's open probabilities and its open and closed lifetimes within experimental errors. Integrating this acquired conformation-dynamic information and already available crystal structures, we created an experiment-based spatiotemporal representation of the channel, i.e., a 4D channel model.

Following the determination of the crystal structure of the bacterial channel KcsA, we showed that the transmembrane pore of KcsA could functionally substitute for those of eukaryotic voltage-gated and inward-rectifier K+ (Kv and Kir) channels, thereby demonstrating both the conserved nature of the ion pore among K+ channels and the modular architecture of Kv  channels, i.e., a replaceable ion-pore module “plugged” into voltage-sensing modules. Furthermore, we identified two complementary sequences coupling the activation gate of the ion pore to the voltage sensors. What underlies the voltage-sensing function is a helix-turn-helix motif, dubbed voltage-sensor paddle, which is formed by the N-terminal half of the channel protein's fourth transmemebrane segment (NTS4) known to sense voltage, the C-terminal half of the third segment (CTS3), and their linker.  Examining the  Shaker Kv channel, we found: i. the helix-turn-helix motif existed in the open state of a channel operating in a biological membrane; ii. formation of the paddle motif helped stabilize voltage-sensing NTS4 in the activated conformation so that CTS3 effectively acted as a hydrophobic stabilizer for NTS4, biasing the gating equilibrium towards the activated state; iii. only 7 of the 47 residues forming the voltage-sensor paddle were essential to support basic voltage gating.

Voltage-gated ion channels have traditionally been viewed as a type of hallmark of excitable cells. This view has been challenged by the discovery that voltage-gated ion channels also exist in non-excitable cells, such as glia and lymphocytes, and in bacteria. This discovery implies that voltage-gated channels could also be controlled by means other than varying the voltage difference between the intracellular and extracellular solutions separated by the plasma membrane. Experimental evidence along this line would help to answer the questions of how non-excitable cells can utilize these channels and how we can control them for therapeutic purposes. To this end, we found that a type of phospholipase, sphingomyelinase (SMase) D from spider venoms or bacteria, can turn on voltage-gated ion channels. SMase D removes the choline group from the phospholipid sphingomyelin that is primarily present in the outer leaf of the membrane lipid bilayer. Removal of the positively charged choline group from sphingomyelin should energetically favor outward movement of the positively charged voltage sensor during channel activation. Consequently following SMase D treatment, voltage-gated channels became activated around typical resting membrane potentials at which the channels would otherwise remain largely non-activated. Additionally, we found that bacterial SMase C, which removes the phosphoryl choline group from sphingomyelin, suppressed the channel activity. Thus, the activity of voltage-gated ion channels could be controlled enzymatically or through regulating lipid metabolism.

Voltage-gated K+ (Kv) channels often undergo inactivation that includes C and N types. While N-type activation results from an occlusion of the channel's intracellular end, C-type inactivation apparently stems from an alteration around the extracellular end of the channel's ion selectivity filter. Consistent with this characterization of C-type inactivation, we found that in voltage-gated Shaker K+ channels lacking N-type inactivation, a mutation enhances inactivation and disrupts the interaction of the selectivity filter's outermost K+ site with a channel blocker. Furthermore, we solved a crystal structure of a mammalian mutant Kv channel with the same mutation. In the structure, the outermost K+ site, which is formed by eight carbonyl oxygen atoms, appears to be too small to readily accommodate a K+ ion, and exhibits little ion density, a type of structural finding anticipated by the functional hallmark characteristic of C-type inactivation.

Inward-rectifier K+ (Kir) channels function as K+-selective diodes in the cell membrane, allowing K+ to flow much more efficiently into than out of cells in symmetric K+ concentrations. This property was originally observed by Bernhard Katz in 1949 and dubbed anomalous or inward rectification. Inward rectification results from a voltage-dependent channel block by intracellular cationic blockers such as the polyamine spermine, which carries a maximum of four titratable positive charges. On the basis of a systematic study, we hypothesized that this strong voltage dependence primarily reflects the movement of charges carried by permeant K+ ions across the transmembrane electrical field — but not that of the amine blocker itself — as K+ ions and the blocker "displace" each other during the blocking and unblocking processes of the channel pore. This model quantitatively accounts for the defining feature of inward rectification that at a given concentration of intracellular K+, the rectification is a function of the difference between the membrane potential and the equilibrium potential for K+, rather than a function of the membrane potential per se. The validity of our hypothesis depends on two key assumptions: i. five ion sites are located intracellular to the selectivity filter, and ii. the blocker can force essentially unidirectional K+ movement in a pore region generally wider than the combined dimensions of the blocker plus a K+ ion. To substantiate these assumptions, we determined a crystal structure of the cytoplasmic portion of a Kir channel with five ions bound and demonstrated that a constriction near the intracellular end of the pore, acting as a "gasket", prevented K+ ions from bypassing the blocker. This gasket ensures that the blocker can effectively force K+ ions across the narrow selectivity filter to generate the strong voltage sensitivity and thus the exceedingly steep rectification.

Inward rectifier K+ (Kir) channels play such important biological roles as controlling cardiac pacemaker activity and modulating neural transmission by e.g., Kir3, helping to maintain an electrolyte balance by Kir1, and coupling the amount of insulin secretion to the blood glucose level by Kir6.2. These channels are thus important therapeutic targets. Moreover, Kir subtype-specific inhibitors would be useful tools for studying the channels' function. K+ channel inhibitors typically lack the necessary specificity for reliable identification of specific K+ channel currents in situ. The two main targets for inhibitors are the ion pore for all channels and the voltage sensors in voltage-gated channels. The conserved nature of both types of target underlies the great difficulty in finding inhibitors specific for a given type of K+ channel and more so for individual subtypes. By screening a large collection of animal venoms against human Kir6.2 naturally present in the insulin-secreting pancreatic β cells, we discovered that a toxin (SpTx1) in centipede venom inhibited it with a Kd of 15 nM in a relatively specific manner. Additionally, by modifying another toxin (tertiapin) from the honeybee venom that we had found to inhibit Kir1 and Kir3.4 with high affinities, we successfully engineered an inhibitor that blocked Kir1 naturally present in the kidney, with a Kd of 1 nM and >250-fold selectivity over other commonly studied Kir subtypes including Kir3.4 naturally present in the heart. These successes not only yielded useful experimental tools but also demonstrated the practical feasibility of developing subtype-specific K+ channel inhibitors.

The Antioxidant Role of Thiocyanate in the Pathogenesis of Cystic Fibrosis

Cystic fibrosis (CF), a multi-organ genetic disease, originates from mutations in the CF transmembrane conductance regulator (CFTR). Lung injuries inflicted by recurring infection and excessive inflammation cause about 90% of the morbidity and mortality of CF patients. Although commonly known as a Cl- channel, CFTR also conducts thiocyanate (SCN-) ions.  SCN- can limit potentially harmful accumulations of highly reactive hydrogen peroxide (H2O2) and hypochlorite (OCl-). Even at low concentrations, SCN- can effectively compete with Cl- for OCl--producing myeloperoxidase (MPO) from white blood cells, thereby limiting OCl- production. Lactoperoxidase (LPO) naturally present in the airways catalyzes oxidation of SCN- to relatively tissue-innocuous hypothiocyanite (OSCN-) while consuming H2O2. The reported SCN- concentration in the airway fluid is about 400 µM. We found that at this concentration, SCN- protected cultured human and animal cells against injuries caused by MPO-produced OCl-, and it together with LPO also protected against H2O2-caused injuries.

Institute for Diabetes, Obesity and Metabolism