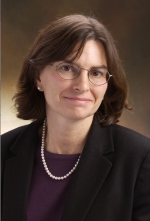 – The role of liver stiffness and other mechanical factors in fibrosis and cirrhosis
- The role of mechanical factors and ECM proteins in myofibroblast differentiation in fibrosis
- The etiology and mechanism of ductal damage and fibrosis in biliary atresia
- The role of fibronectin splice variants, proteoglycans, and other matrix proteins in liver fibrosis and angiogenesis
- Characterization of myofibroblast precursor populations in liver and bile duct
- Hepatic stellate cell and portal fibroblast function in liver fibrosis
- The mechanism of fibrosis in autosomal recessive polycystic kidney disease

Description of Research
My research focuses on the mechanism of hepatic fibrosis.

Liver fibrosis results from the deposition of excess, abnormal extracellular matrix by myofibroblasts derived from non-fibrogenic cells that undergo “activation” in the context of chronic liver injury. Fibrosis in the bile duct is a similar matrix-driven process, although the identity of the myofibroblast populations and the chronic vs. acute nature of the injury are not known.

We are investigating the mechanisms of fibrosis in three ways: a) by studying the matrix, mechanical, and soluble factors that influence fibrosis, including the activation of myofibroblast precursor populations; b) by identifying new fibrogenic cell populations and new means of studying previously identified cells; and c) by applying the results of our experiments with isolated cells to whole animal models and to the study of human diseases, including hepatocellular carcinoma and biliary fibrosis.

We have demonstrated in rat models of fibrosis that increased liver stiffness precedes matrix deposition and that fibrosis and liver stiffness are not linearly related. The early increases in liver stiffness are important because hepatic stellate cells and portal fibroblasts, the major myofibroblast precursors of the liver, require increased stiffness to become fibrogenic. Our recent work has examined liver mechanics in more detail, and we have attempted to determine the components of the liver responsible for various mechanical properties. We have found that livers strain soften and compression stiffen, in contrast to biopolymers like collagen. Our work suggests that proteoglycans and other matrix components as well as cell-matrix interactions are the reason for these mechanical properties. Our theory collaborators have developed a new constitutive model for the tissue that is in good agreement with our data.

This work led to an ongoing project examining the mechanics of the cirrhotic liver and their impact on the development of hepatocellular carcinoma (HCC). Using a variety of matrices, animal models, and human and animal cells, we are studying the impact of various mechanical properties on liver cell behavior with the goal of understanding the remarkable propensity of HCC to develop in a highly mechanically abnormal environment.

We have not studied liver mechanics in isolation, but also study various matrix components, including fibronectin splice variants and proteoglycans, and are examining their effects on liver cell function, fibrosis, and liver mechanics.

Human model diseases of interest to our studies of the mechanism of fibrosis include biliary atresia. We are part of an international group that has recently identified a plant toxin that causes biliary atresia. We have developed model mammalian cell systems to study its mechanism of action and are testing structurally similar compounds in an attempt to identify critical structural groups, which may lead us to compounds of relevance to humans. Additionally, as part of a general interest in biliary fibrosis, we are studying potential myofibroblast precursor populations in the extrahepatic bile duct, the impact of acute vs. chronic cholangiocyte injury, mechanisms of liver fibrosis post bile duct obstruction, and differences between intra- and extra-hepatic cholangiocytes.

Summary: Overall, our goal is to develop a unified and comprehensive model of liver fibrosis that incorporates multiple cell types, soluble and secreted factors, matrix proteins, and local and regional mechanical factors.


Rotation Projects
There are several; please speak with Dr. Wells.

back to top
Last updated: 12/12/2022
The Trustees of the University of Pennsylvania