Cell and gene therapy constitute an emerging area of therapeutic intervention, as evidenced by the growing number of new cell and gene therapy INDs submitted to CBER since the late 1990s and the number of new therapies in clinical testing both in industry and in academia. Already, cell therapy techonologies such as hematopoietic stem cell transplantation have become part of medical practice.

Because nearly all cell therapy products are composed of living, functional cells, there are major differences in the clinical development pathway for these products as compared to other traditional biotechnology products or pharmaceutical agents. Development of cell therapies comes with its own set of evolving regulatory requirements, manufacturing challenges, and product characterization requirements to assess biological activity and variability. The CVPF provides focused support in each of these areas.

What is Cellular Therapy?

As defined by the FDA, Somatic Cell Therapy refers to the administration to humans of autologous, allogeneic, or xenogeneic living cells, which have been manipulated or processed (i.e. propagated, expanded, or selected) ex vivo. It is considered gene therapy when the genetic material is modified to alter expression or biological properties, either ex vivo for subsequent administration to humans or altered in vivo by gene therapy given directly to the subject.

Examples of Cell Therapies include (bolded therapies indicate those that are being developed at the CVPF):

The above therapies have potential applications in a large number of disease indications and disorders. These include cardiovascular and autoimmune diseases, diseases of the nervous system, cancer, diabetes, diseases of bones and joints, genetic disorders, and skin and soft tissue wounds. 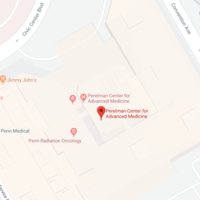