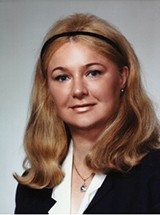 
CONTRIBUTIONS TO SCIENCE:
1. I have made extensive contributions to the field of cancer research, with particular focus on radiation carcinogenesis. My studies were the first to show that agents could modify radiation induced transformation in vitro, with publications in 1978 showing that treatment with some agents could result in more malignantly transformed cells and other agents could reduce the number of transformed cells arising from irradiated cell populations. My studies in this area of research introduced the novel concept that radiation carcinogenesis is not an inevitable progression and it can be prevented.

2. We were the first lab to identify protease inhibitors, such as the Bowman-Birk inhibitor (BBI) from soybeans, to be very effective as mitigating agents for radiation induced transformation in vitro. We showed that these agents could prevent radiation and chemically induced carcinogenesis in both in vivo and in vitro systems without toxic effects. I led the efforts for BBI to achieve Investigational New Drug (IND) Status with the FDA, and FDA IND status was granted in 1992. In the time since, I have held the INDs from the FDA for six different areas of clinical trial research that utilize BBI as a preventative and/or therapeutic agent. These included trials in patients with oral leukoplakia (a pre-malignant condition), benign prostatic hyperplasia, prostate cancer, esophagitis (in patients with lung cancer), gingivitis and ulcerative colitis. It is expected that trials of BBI in patients with muscular dystrophy and multiple sclerosis will begin at some point in the future.

3. Most recently, my lab has focused on the study of space radiation and identification of countermeasures for the adverse biological effects of space radiation. Our work in this area was funded through the National Aeronautics and Space Administration (NASA) and the National Space Biomedical Research Institute (NSBRI); and it has led to the important discovery that relatively low doses of space radiations (such as protons), as well as gamma or X-rays, produced disseminated intravascular coagulation (DIC) in experimental animals. These results importantly contribute to our understanding of the acute radiation syndrome in humans, and may lead to changes in the manner in which the biologic effects of radiation exposure are diagnosed, treated and prevented in people exposed to radiation through occupational accidents, radiation terrorism or other catastrophic events.


DESCRIPTION OF CURRENT RESEARCH:
We continue to pursue our above-described research on radiation induced malignant transformation and its modification by various chemical agents in both in vitro and in vivo experimental systems. This includes the study of dietary protease inhibitors, such as the Bowman-Birk inhibitor (BBI), for their ability to serve as preventative and/or therapeutic agents for a number of different adverse biological effects of radiation. We also study other classes of agents known to modify free radical reactions, focusing on their ability to affect radiation induced oxidative stress. We are particularly interested in the mechanisms by which carcinogenesis is suppressed by protease inhibitors and have studied the effects of these agents on the expression of specific oncogenes and proteases thought to be involved in the conversion of a cell to the malignant state. Most recently, we have investigated the effects of BBI on surrogate endpoint biomarkers (SEBs) of carcinogenesis in tissues of experimental animals treated with BBI and in people treated with BBI as part of clinical trials.

In a second major area of current research interests, we have investigated the nature and prevention of acute radiation risks that could occur in astronauts exposed to solar particle event (SPE) radiation. SPEs can involve relatively high doses of radiation that lead to health-related symptoms of the acute radiation syndrome (ARS). The aims of these studies are to determine whether there are likely to be adverse acute biological effects like those of the ARS in astronauts who could be exposed to doses of proton radiation like those present during an SPE. Our lab has performed mechanistic studies on these adverse biological effects of radiation and their mitigation or prevention by potential countermeasures, with emphasis on hematologic and immune system alterations (with many experiments performed both with and without simulated hypogravity conditions). Two specific examples include the work that we have done on the effects of SPE radiation on activation/function of lymphocytes and neutrophils and its initiation of the blood coagulation cascade. Our results have indicated that radiation exposure can result in radiation induced coagulopathy (RIC), with bleeding/hemorrhage/microvascular thrombosis and organ damage, and ultimately, the development of DIC, which can lead to death. Current experiments are aimed at the development of novel agents that may prevent or mitigate the development and/or progression of RIC/DIC in experimental systems.

back to top
Last updated: 06/28/2018
The Trustees of the University of Pennsylvania
Top