Human iPSC Based Platform for the Study of Psychiatric Disorders

The goal of this NIMH supported NCRCRG (U19 MH106434) is to develop a robust, scalable, and generalizable platform to investigate the pathophysiology of psychiatric disease using induced pluripotent stem cells (iPSCs). The recent discovery that adult human cells can be reprogrammed to a pluripotent state means that human neurons can be generated with the same genetic profile as patients, and disease mechanisms can now be investigated in relevant cell types. Because this new field is rapidly expanding and evolving, this is a critical time to bring together academic and industry partners committed to standardizing the process of iPSC generation, cell type-specific differentiation, phenotypic assay development, and preparation for eventual high-throughput diagnostic and drug screening. Formal partnerships and open communication between commercial entities and academic institutions will greatly facilitate this effort by ensuring that every stage of the process is validated and amenable to industrial process control and standardization. This NCRCRG is composed of two Scientific Cores and three integrated Projects that will be performed across four nonprofit and two industrial sites. Hypothesis- driven Projects are focused on two of the most common psychiatric disorders, bipolar disorder (BP) and schizophrenia (SZ), using five well-characterized BP or SZ patient cohorts that were selected for lithium responsiveness and/or the presence of a genetic risk factor. In addition to a scientific goal, each Project systematically evaluates differentiation protocols and cellular assays in two patient cohorts. Projects are designed to test and extend our preliminary results, which show robust and partially overlapping phenotypes in excitability, mitochondrial function, synaptic function, Ca2+ signaling, and gene expression. Through systematic investigation of convergent and differing cellular signatures of BP and SZ in multiple cohorts, and repetition by multiple investigators, assay reliability and reproducibility will be tested explicitly. Scientific Cores will work with each Project to perform the following: 1) Validation of consistency of differentiation protocols for four cell types relevant for psychiatric disease; 2) Transcriptomic, proteomic, and metabolomic analyses for pathway discovery; and 3) Assay miniaturization for high-throughput preparation, phenotype validation, and discovery. Cumulatively, completion of these experiments will further our understanding of the mechanistic similarities and differences between BP and SZ, and establish a model for iPSC-based investigations of psychiatric disorders.

Development of the central nervous system requires orchestrated interactions among several regulatory elements that determine the fate, properties, and functions of cells at any given time, ultimately leading to complex neural networks that control our most basic behaviors and complex cognitive processes. As an intermediate regulatory domain between DNA sequences and gene expression, epigenetic mechanisms can exert considerable influence on brain development on a scale that we are only beginning to appreciate. One major advance in the field of epigenetics in recent years is the discovery of novel modifications of genomic DNA, such as 5-hydroxymethylcytosine (5hmC), and molecular pathways to install, remove, and interpret these modifications, which are highly enriched in the nervous system and are dynamically regulated by neuronal activity under physiological and pathological conditions. The overarching goal of this P01 is to take a systematic approach to understand how global and specific changes in the epigenome and transcriptome regulate stem cell behavior, neuronal development, and neuronal integration using hippocampal neurogenesis as a model system. Hippocampal neurogenesis is a constitutive phenomenon in the adult mammalian brain and is a well-established model for neural development that is comprised of defined stages, which originate with neural stem cell activation and result in the maturation and integration of a single neuronal subtype in an anatomically restricted region of the brain. This phenomenon also represents striking structural plasticity and has been shown to contribute to critical brain functions, whereas its dysregulation has been implicated in various neurological and degenerative disorders. Characterization of neurogenic processes in the hippocampus may eventually inform cell transplantation-based therapeutic strategies to repair the central nervous system after stroke, injury, or neurological disorders. Integrating results from adult hippocampal neurogenesis in rodents with human induced pluripotent stem cell (iPSC)-based models will allow for the identification of fundamental epigenetic principles governing neural development at the molecular, cellular, and systems levels. Our team includes experts in epigenetics, hippocampal neurogenesis, rodent stem cell biology, human iPSCs, chemical biology, high-throughput sequencing, bioinformatics, electrophysiology, and transplantation. Successful completion of this NIND supported Program Project (P01 NS097206) will guide future investigations into the role of dysregulated DNA modifications in neurodevelopmental disorders and facilitate the development of new technological approaches to identify epigenetic marks with high resolution. 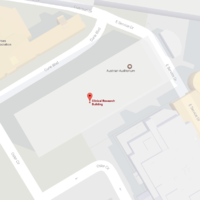