Lab in the News

New research from the Abramson Cancer Center shows a single dose of a PD-1 inhibitor before surgery for melanoma can put patients in remission. The team also showed that immune responses brought on by this therapy can peak as early as seven days after treatment — much earlier than previous studies have shown. Alexander C. Huang, MD, an instructor of Hematology-Oncology and the study’s lead author, is quoted.

Researchers from the Perelman School of Medicine have found that a single dose of a PD-1 inhibitor prior to melanoma surgery can lead to remission. The study by Alexander Huang, Tara Mitchell, and Michael Farwell, Co-authored by E. John Wherry also revealed more information about how cancer returns post-surgery.

E. John Wherry, PhD, is quoted in the following articles:

E. John Wherry, PhD, director of the Institute for Immunology, is quoted on a study exploring the creation of comprehensive “immune atlases” of cancers. He notes that the challenge is to translate this information into targeted therapies.

John Wherry, PhD, a professor of Microbiology, comments on the success of immune checkpoint inhibitors in oncology, “Through intelligence or just luck, we managed to stumble on the two most fundamental of these inhibitory receptors early on. There are clearly secondary pathways that play a fundamental role. And then there may be tertiary pathways that are context-specific or cell-type-specific.”

A team led by researchers from the Perelman School of Medicine at the University of Pennsylvania has found a way to identify the small population of cTfh present in the blood after an annual flu vaccine to monitor their contribution to antibody strength. They published their findings in Science Immunology this week. The studies, led by Ramin Herati, MD, an instructor of Infectious Disease, used high dimensional immune-cell profiling and specific genomic tests to identify and track these rare cells over time. 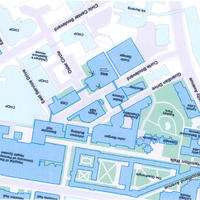