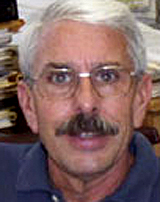 Research Summary
Our research centers on the identification of factors which regulate the activation and function of T cell subsets during murine infections with the protozoan parasite, Leishmania major. L. major produces either of two divergent patterns of infection in inbred strains of mice. Most strains of mice develop infections which spontaneously resolve, while other strains, including BALB/c mice, develop progressive,
non-healing infections which are ultimately fatal. Resistance and susceptibility is determined by the activation of different subsets of T helper cells. Thus, resistance is associated with the activation of Th1 cells which produce IL-2 and IFN-g, while susceptibility correlates with the activation of Th2 cells which produce IL-4, IL-5, and IL-10. These divergent patterns of Th subset activation, which can be altered experimentally by in vivo cytokine and anti-cytokine therapy, as well as immunization, have made the L. major-infected mouse a popular infectious disease model for the in vivo study of T cell regulation.

Our particular interest is the mechanism by which the balance between Th1 and Th2 cells is regulated during chronic stages of infection and how specific cytokine immunotherapy may promote the predominance of one subset over the other. We have previously shown that in vivo treatment with anti-IL-4 antibody, IL-12 or IFN-g, in combination with the anti-leishmanial drug, sodium stibogluconate, can induce cure and a Th2 to Th1 switch in BLAB/c mice with chronic non-healing L. major infections. More recently, we have identified PGE2 and TGFb as factors which may influence both in vivo cytokine production and the development of resistance. Our goal is to understand the basic mechanisms by which these and other factors regulate T cell responses.

Padigel, Udaikumar M. Farrell, Jay P.: Control of infection with Leishmania major in susceptible BALB/c mice lacking the common gamma-chain for FcR is associated with reduced production of IL-10 and TGF-beta by parasitized cells. Journal of Immunology 174(10): 6340-5, May 15 2005.

Padigel, U.M., J.Alexander and J.P. Farrell: The role of interleukin-10 in susceptibility of BALB/c mice to infection with Leishmania mexicana and Leishmania amazonensis. J. Immunol 171: 3705-10. 2003.

Padigel U.M. and J.P. Farrell: CD40-CD40 ligand costimulation is not required for initiation and maintenance of a Th1-type response to Leishmania major infection. Infect Immun 71: 1389-1395, 2003.

back to top
Last updated: 01/21/2016
The Trustees of the University of Pennsylvania
Top ↑