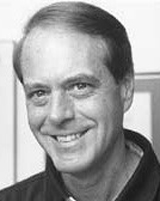 OOur laboratory has identified and characterized an X-linked severe combined immunodeficiency (XSCID) in dogs which is due to mutations in the common gamma (gc) subunit of the IL-2, IL-4, IL-7, IL-9, IL-15 and IL-21 receptors. Canine XSCID, unlike genetically engineered gc-deficient mice, has a clinical and immunologic phenotype virtually identical to human XSCID. It appears that species-specific differences exist in the role of the gc and its associated cytokines in mice compared to their role in humans and dogs suggesting gc-deficient dogs may be a more relevant model for studying the role of the gc in man.

Hematopoietic stem cell transplantation (HSCT) is presently the only treatment available to cure patients with XSCID, however, the major immunologic problem in human XSCID patients following HSCT is the lack of donor B cell engraftment with resultant poor reconstitution of humoral immune function. We have shown that following HSCT of XSCID dogs, engraftment of donor B cells and reconstitution of normal humoral immune function is attained. We are using this unique model to determine which variable(s) contribute to the successful engraftment of donor B cells. We are also testing the capacity of mesenchymal stem cells transduced with IL-7 to accelerate thymopoiesis following HSCT. XSCID dogs represent an ideal large animal pre-clinical model for developing and evaluating strategies for human gene therapy. Current studies include evaluating the efficacy (quality and durability of immune reconstitution) and safety of retroviral and lentiviral gene therapy. The safety studies include integration site analysis and evaluation of potential over-expression of the gc on downstream signaling pathways.

back to top
Last updated: 10/03/2012
The Trustees of the University of Pennsylvania
Top ↑