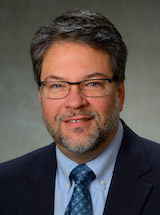 Description of Research
Our lab is interested in the biology of human aging and cancer, and we are focusing particularly on how they are influenced by telomere maintenance and dysfunction. Telomeres are the structures that cap the ends of chromosomes, and this location makes them critical for genome stability as well as particularly susceptible themselves to a variety of insults including oxidative damage, exonucleolytic attack, and inappropriate processing by recombination factors. Thus telomeres tend to shorten with age, and it is well known that critically shortened telomeres can cause cells to either die by apoptosis or to lose their capacity to divide and also alter their physiology so that they release factors that compromise the function of the tissues in which these so-called “senescent” cells reside. Consistent with these cellular responses, it has become quite apparent in recent years that age-related telomere losses contribute to the pathogenesis of several diseases including pulmonary fibrosis, cardiovascular diseases, and perhaps Alzheimer’s disease. This begs the question: why aren’t telomere lengths maintained? From an engineering perspective, such maintenance would be trivial to achieve, given, for example, the existence of enzymes like telomerase, which can readily extend telomeres. However, telomerase levels are under strict control in human cells, and are not high enough in most tissues to prevent age-related loses. Why is this? Part of the answer appears to be that large and long-lived organisms like humans, which are at great risk for developing cancer given the numerous cell divisions required to support their anatomy and physiology, have evolved mechanisms that use telomere shortening to limit the otherwise unrestrained cell divisions that characterize cancer. Indeed, people who inherit a genetic predisposition to telomere lengthening have been reproducibly shown to be at greater risk for many types of cancers. Thus telomere length is a type of “balanced polymorphism”, where whereas a predisposition toward longer telomeres can protect against age-related degenerative diseases, it also places one at greater risk for cancer. Therefore, lengthening telomeres in a general fashion is unlikely to benefit health. Nevertheless, a more detailed understanding of the settings in which telomeres impact disease may reveal new approaches to treatments.

Historically, the lab has investigated mechanisms of telomere maintenance and function using simple systems like in vitro biochemistry, yeast cells, mice, and cultured human cells to explore telomeric roles for recombination enzymes, chromatin regulators, and G-quadruplex structures. Currently, we are focused primarily on using directed differentiation of human iPS cells into various cell types to explore roles for telomeres in the intestine, lung and liver. We use cultured human iPSC-derived organoid systems as well as transplants of these organoids into immunodeficient mice to model disease pathogenesis and responses to candidate therapies. Our broad goals are to better understand and treat telomere-driven diseases in rare individuals with inherited deficiencies in telomere maintenance (e.g. dyskeratosis congenita) as well as in the general elderly population.

Three sets of projects are ongoing currently:
1) Modeling the pathogenesis of pulmonary fibrosis. We are exploring how telomere dysfunction impacts the biology of type II alveolar epithelial cells, which are stem cells for the alveolar sacs that normally enable gas exchange within the lung, and which are thought to be the principal cells in which telomere defects drive fibrosis. Particular approaches comparing normal and telomere-dysfunctional type II cells include scRNAseq to identify changes in cell fate and gene expression, analysis of factors secreted as a consequence of telomere dysfunction, co-culture with other cell types (e.g. fibroblasts and vascular cells, in collaboration with the Ryeom lab), and transplantation into NSG mouse lungs (in collaboration with the Vaughn lab).

2) Modeling the consequences of telomere dysfunction in the intestine. Even though a predisposition to long telomere increases risks for many cancers, in the rare cells that bypass the checkpoints that normally respond to shortened telomeres so as to prevent runaway cell replication and thus guard against cancer, additional telomere shortening leads to end-end chromosome fusions and thus genome instability that is thought to actually drive carcinogenesis. We are testing this hypothesis by examining the regulatory responses to critically shortened telomeres in human iPSC-derived colonoids that contain mutations in p53 and APC. We are also testing if telomere dysfunction in such mutant colonoids enables them to form tumors in transplanted NSG mice. A second project, being carried out in collaboration with the Lengner and Kaestner labs, is to explore the consequences of telomere dysfunction in telocytes, which are key Wnt-secreting stromal components of the intestinal stem cell niche.

3) Observational studies of telomere biology in clinical samples. We have recently compared telomere lengths in patients with rheumatoid arthritis-associated pulmonary fibrosis to controls (in collaboration with Jake Natalini and the Kawut lab), and are currently examining telomere lengths in the brains of people with primary age-related tauopathy (PART), in collaboration with the McMillan lab. PART is thought to reflect the key age-related pathology that is a component of Alzheimer’s disease, and because Mendelian randomization studies indicate a causal role for shortened telomeres in AD pathogenesis, understanding how telomere dysfunction contributes to PART may reveal important connections between telomere function and dementia.

back to top
Last updated: 11/23/2021
The Trustees of the University of Pennsylvania
Back to Top