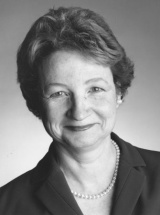 Research Interests
The focus of the laboratory was initially on the molecular basis of blood coagulation, and the use of novel genetic therapies to treat hemophilia. More recently we have pioneered safe and effective clinical translation of genetic therapies for inherited disorders. These clinical trials have led to short-term correction of disease in hemophilia B, and long-term improvements in Leber’s congenital amaurosis, a hereditary cause of blindness.

Description of Research
Major areas of investigation include: 1) structure-function analysis of Factors VII, IX and X through the study of naturally occurring mutant proteins and recombinant proteins produced using site-directed mutagenesis and a mammalian expression system, 2) study of the regulation of expression of the genes encoding the vitamin K dependent clotting factors. These genes manifest tissue-specific expression; they are expressed only in the liver. We have isolated the 5' flanking sequences of all three genes, characterized promoter activity and determined, using DNase footprinting, the location of protein binding sites within these promoters. In the case of Factor X, we have determined through a variety of approaches the identity of the transcription factors binding to the promoter and are in the process of carrying out similar studies on the promoters of VII and IX, 3) studies designed to establish an experimental and clinical basis for gene therapy of hemophilia, a bleeding disorder that results from a deficiency of functional Factor IX. We are currently using both viral vectors to introduce the Factor IX cDNA into target cells of interest. My colleagues and I have several active projects, including a study on the generation and use of recombinant AAV vectors expressing Factor IX to treat hemophilia B. In particular, we are investigating novel methods of delivering vector to target tissues, and are also exploring the use of alternate serotypes and optimized expression cassettes in order to maximize gene expression. Other work focuses on safety problems, including determinants of the immune response to the transgene product, and assessment of risk of germline transmission of vector sequences. In other experiments, we are investigating the function of coagulation proteins through the use of targeted disruption of clotting factor genes. Current areas of interest include completion of clinical trials of an AAV-mediated, liver directed approach.

back to top
Last updated: 10/27/2016
The Trustees of the University of Pennsylvania
Back to Top