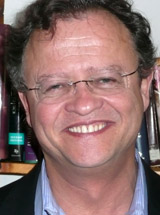 I have moved to the Derner Institute of Advanced Psychological Studies at Adelphi University. My new phone number is 516 877 4807 and new email is jbarber at Adelphi.Edu.

My research focuses on investigating the efficacy of psychotherapy and attempting to uncover the mechanisms of change involved in different psychotherapies, including psychodynamic and cognitive therapies. For the most part, my research has focused on patients with depression, panic disorders, personality disorders, cocaine dependence and interpersonal problems. Recently, I became very interested in the efficacy of various treatments including prolonged exposure for PTSD as part of my work at the VA.

I describe first my work on the therapeutic process, which will be followed by my workon Outcome Research.

Research on therapists' intervention in different psychotherapies
My research has addressed the question of which therapeutic interventions impact outcome. Much of that work has involved the development of measures of adherence and competence of therapists conducting a specific form of short-term dynamic psychotherapy, namely supportive-expressive dynamic therapy (SET). In addition to providing a way to assess whether the intended treatment was indeed delivered, these scales are used in testing hypotheses about the relation of therapists' interventions to treatment outcome. Using one of these scales for SET (Barber & Crits-Christoph, 1996) on a sample of patients with major depressive disorder, we have shown that competent delivery of specific, theoretically driven interventions (e.g., expressive/interpretive techniques), rather than using other therapeutic interventions, was critical to patients' subsequent symptomatic improvement. Furthermore, we have shown that the competent delivery of those expressive/ interpretative techniques predicted further change in depression, even taking into account "nonspecific factors" such as the quality of the therapeutic relationship and earlier symptomatic improvement (Barber, Crits-Christoph & Luborsky, 1996).

Funded by a NIDA R01 to develop and assess therapists' adherence and competence in each of the treatment conditions of the NIDA Collaborative Cocaine Treatment Study (CCTS; Crits-Christoph et al., 1999), we developed such measures for individual drug counseling (Barber, Mercer et al., 1997), cognitive therapy (Barber, Liese & Abrams, 2003), and dynamic therapy (Barber, Krakauer et al., 1997). We have shown that the treatments used in the NIDA CCTS were indeed distinguishable and distinct (Barber, Foltz, Crits-Christoph,& Chittams, 2003). More recently, we have examined the interplay between adherence and alliance in predicting cocaine- dependent patients' outcome in Individual Drug Counseling (Barber et al, 2006). Among others, we demonstrated a curvilinear relation between adherence to Individual Drug Counseling techniques and drug outcome (Barber et al., 2006). More recently, we (examined the role of techniques and therapeutic alliance in the psychodynamic arm of the CCTS (Barber et al., 2008), demonstrating that patients improvement was not due to the use of dynamic techniques but rather due to the use of Individual Drug Counseling techniques (see also Barber, 2009).

Together with Brian Sharpless, now an assistant professor at Penn State (Sharpless & Barber, 2009, Barber et al, 2007), we have also examined in greater depth the concept of therapists' competence.

In the last few years, Kevin S. McCarthy, a recent Penn PhD psychology student (now an assistant professor at Chestnut Hill College) and I have been working on developing a multi theoretical measure of therapists' interventions, the Multitheoretical List of Therapeutic Interventions (MULTI), that can be used by therapists, patients or independent observers to describe the therapeutic interventions used in a therapy session. The paper describing this measure was published in Psychotherapy Research (McCarthy, & Barber, 2009). Dr. McCarthy and myself have papers in preparation examining the role of the MULTI in predicting outcome of behavior and dynamic therapies. Dr. McCarthy has already presented some of the results using the MULTI in the Treatments for Depression Study described below.

Also, at the Karolinska Institute, together with Annika Lindgren who is now working with Christer Sandhal and me on her Ph.D., Robert Weinryb and I have collaborated on developing an adherence measure for a Kernberg's inspired dynamic therapy for patients with borderline personality disorders. Annika Lindgren, Alexander Wilczek, Marie Asberg, Asa Nilsone in Sweden and I are working on a paper examining the role of the alliance in Dialectical Behavioral Therapy and in Kernberg's inspired dynamic psychotherapy for suicidal women with borderline personality disorders.

CCRT research
Other research interests involve the assessment of interpersonal patterns, especially maladaptive patterns. In my earlier work, I contributed to the systematization of a lexicon of standard categories for the core conflict relationship themes (CCRTs) method that was published as a chapter in Luborsky and Crits-Christoph's Understanding Transference: The CCRT (Barber, Crits-Christoph, & Luborsky, 1990, 1998). Many studies around the world currently use these standard categories. These categories have been translated into German, French, Italian, Hebrew, Swedish, Spanish, Japanese, Portuguese, Finnish, Russian, Chinese, and Korean.

Central Relationship Questionnaire
During the last decade, I have developed a self-report questionnaire to assess central relationship patterns, called the Central Relationship Questionnaire (CRQ, Barber, Foltz, & Weinryb, 1998). This research has been funded by a five year NIMH RO1 “Measuring Outcome of Dynamic Therapy.” Using the CRQ and the CCRT, we have tested the assumption that the consistency of maladaptive interpersonal patterns is associated with a greater degree of dysfunction (Barber, Foltz et al. 2002: Foltz, Barber et al. 1999; Wilczek et al., 2000) and discovered in one instance that greater consistency was associated with greater mental health (Foltz et al, 1999). Kevin McCarthy and I have recently published a revised version of the CRQ in the Journal of Counseling Psychology (McCarthy, Gibbons & Barber, 2008). We have already made the revised CRQ available to dozens of researchers around the world. Translations exist in Brazilian Portugese, Chinese, Greek, Hebrew, Portugese, Spanish, and Swedish and can be obtained by emailing me at Adelphi.edu.

Central Relationship among Second Generation Holocaust Survivors
In Israel, the CRQ is being used in many studies, including one examining interpersonal characteristics of second generation Holocaust survivors (Wiseman, Barber, et al., 2002; Wiseman & Barber, 2007, 2007). This study has been funded by the US-Israel Binational Foundation (Dr. Hadas Wiseman from Haifa University as Israeli PI, and myself as US PI). A detailed description of the material obtained during the interviews of these children of holocaust survivors is available in our recent book: Echoes of the Trauma: Relationship Themes and Emotions in the Narratives of the Children of Holocaust Survivors, published in 2008 by Cambridge University Press.

Over the years, I have conducted and participated in a number of outcome studies of psychotherapy:
• Psychotherapies for Panic Disorder Study
• Pilot study for SE for Depression
• Pilot study for SE for Avoidant and Obsessive Compulsive PD
• NIDA Cocaine Collaborative Treatments Study
• Treatments for Depression Study
• The Huddinge 's randomized clinical trial of patients with personality disorders ( Sweden ).


Psychotherapies for Panic Disorder.
I was the Penn PI (Barbara Milrod, M.D., PI at Cornell Medical School, and Dianne Chambless, Ph.D., Co-PI at Penn) of a large, two sites NIMH-funded, randomized clinical trial (click here for the Psychotherapies for Panic Disorder website) comparing panic focused psychodynamic therapy (Milrod et al., 1997), cognitive-behavioral therapy (Barlow) and applied relaxation (Ost) for panic disorder. The study begun in 2007 and we have recruited upwards of 200 panic patients at both sites. The last patients will end the active phase of treatment in early 2012. Studies comparing CBT to dynamic therapy have been rare in any disorder but even more so in anxiety disorders.

Pilot study for SE for Avoidant and Obsessive Compulsive Personality Disorder (PD).
This pilot study was funded as part of the NIMH Clinical Research Center for the Study of Psychotherapy in the early 90s. I conducted a pilot study for both personality disorders using SE. Drs. A.T. Beck and Newman conducted a parallel study using cognitive therapy. In SE, we found that the treatment was very effective for Obsessive Compulsive PD patients but a bit less effective for those patients with Avoidant PD (Barber, Morse et al., 1997). This study led me to formulate the hypothesis that dynamic/intepersonal therapy was more effective than cognitive therapy for patients with obsessive compulsive personality disorder and cogntiive therapy was more effective than interpersonal/dynamic therapy for avoidant personality disorders (see Barber & Muenz, 1996; the second part of the hypothesis was recently supported by Mulder's group in New Zealand (Joyce et al, British Journal of Psychitry, 2007).

NIDA Cocaine Collaborative Treatments Study
This NIDA multisite study evaluated the efficacy of Beck's cognitive therapy, Luborsky's supportive-expressive dynamic therapy, Woody's individual drug counseling, and group drug counseling for cocaine -dependent patients (Crits-Christoph et al. 1999). The study demonstrated that drug counseling was more effective than either cognitive or dynamic therapy. In addition to working with Lester Luborsky in the Penn site of the study, I was funded by NIDA to develop adherence/competence measures for each individual treatment to evaluate treatment integrity of the entire study and I examined the role of therapists' interventions on outcome in the study (Barber et al., 2004, 2006, 2008; Barber, 2009).

Treatments for Depression Study.
I was the PI of a large (n=156), NIMH-funded, randomized clinical trial comparing supportive-expressive therapy, a manualized form of short-term dynamic therapy, an SSRI (sertraline followed by venlafaxine in case of patient's non response at 8 weeks) and pill placebo for major depression (followed by another placebo in case of non response). We have randomized 156 patients, half of them are members of minority groups, mostly African-Americans. The main results of this study are now in press in Journal of Clnical Psychiatry and should be available for circulation in early 2012.

The Stockholm City Council's and the Karolinska Institute's Psychotherapy Project (SKIP Project)
For the last decade, I have been collaborating with Marie Asberg , Alexander Wilczek and the late Robert Weinryb on a variety of projects. One of these is an examination of the efficacy of dynamic therapy inspired by Kernberg's Transference Focused Therapy vs. Linehan's dialectical-behavioral therapy vs. treatment as usual for suicidal borderline patients in collaboration with Marie Asberg , Asa Nilsonne, and Alexander Wilczek . In this project, more than one hundred patients have been randomized to the three treatments. We have finalized the 5 year follow up of these patients and we will begin examining the outcome of this study in the coming year.

The Huddinge study of patients with Personality Disorders ( Sweden )
Dr. Robert Weinryb and I were the supervisors of three senior psychologists who conducted a large scale, randomized clinical trial comparing manualized SE to non manualized, community-based dynamic therapy for patients with any personality disorder (e.g., Vinnars et al, 2005). Two of those students, Kristina Noren and Bo Vinnars, were my Ph.D. supervisees on this project at the Karolinska Institute in Stockholm. Bo Vinnars got his Ph.D in March 08.

Wiseman, H. & Barber, J.P.: Echoes of the Trauma: Relationship Themes and Emotions in the Narratives of the Children of Holocaust Survivors. Cambridge University Press. 2008.

McCarthy, K.S., Gibbons, M.B., Barber, J.P.: The Relation of Rigidity Across Relationships With Symptoms and Functioning: An Investigation With the Revised Central Relationship Questionnaire. Journal of Counseling Psychology. 55: 346-358. 2008.

Barber, J.P. : Issues and findings in investigating predictors and moderators of psychotherapy outcome: Introduction to the special section. Psychotherapy Research. 17: 131-136, 2007.

back to top
Last updated: 05/16/2017
The Trustees of the University of Pennsylvania
Back to Top