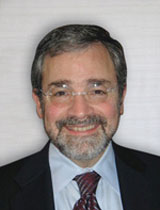 Other positions:
I have been a member of many grant review committees, including being a standing member of the NIH Epidemiology and Disease Control Study Section.

Business Experience:
I serve as a consultant in pharmacoepidemiology to most major pharmaceutical corporations, many United States and international governmental bodies, and many law firms. I have testified on many occasions in product liability suits, as well as at FDA. I am also on the Board of Directors of a few private companies, and on multiple different advisory committees for governments and industry.

back to top
Last updated: 08/28/2012
The Trustees of the University of Pennsylvania
Back to Top