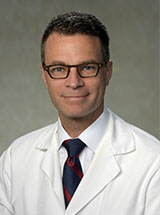 I study human cortical organization for vision, and how this organization is altered by neurologic and ophthalmologic disease. Human visual cortex is composed of early, “retinotopically” organized visual areas, as well as more specialized, “categorical” areas that process specific visual features (such as facial appearance). My work has varied along two dimensions within this research space: scale and perturbation. I have examined the organization of visual cortex from its large-scale, anatomical arrangement to the precise and subtle form of population neural coding for object features. These studies at different scales of cortical organization have further been conducted both in healthy controls as well as in patients for whom visual function has been perturbed by retinal disease or cerebral dysfunction. I make use of a variety of scientific techniques, although the majority of my research uses BOLD fMRI, which is a non-invasive measure of neural activity in human participants.

My sub-speciality in Behavioral Neurology, and I treat patients with a variety of disturbances of visual perception, thinking and memory.

I am an Associate Director of the Neurology Residency Program for the University of Pennsylvania. My focus is on the scholarly and research activities of the residents. I direct the "research firm" which is an ongoing educational program covering career development, research methodology, and the responsible conduct of research.

back to top
Last updated: 12/02/2019
The Trustees of the University of Pennsylvania
Back to Top