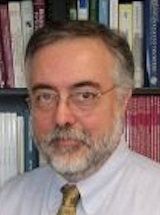 I am a Children's Hospital of Philadelphia-based faculty in the Department of Pediatrics and Psychiatry at the University of Pennsylvania.

My research and scholarship centers on the study of barriers and facilitators of service utilization for ethnically diverse children and families and the development of strategies to address disparities in inner city public schools. The main focus of my work during the past eight years has been on the development and implementation of school-wide programs for the prevention and treatment of externalizing (disruptive behavior, aggression, conduct problems) and internalizing mental disorders (anxiety, depression) in school children.

In 2003, I received a K23 grant from the National Institutes of Mental Health (NIMH) with a focus on developing a patient-oriented career. My study focused on understanding the clinical presentation of attention-deficit hyperactivity disorder in ethnically diverse children in urban communities. In 2008, I received an R18 grant from the Centers for Disease Control and Prevention (CDC) to develop and pilot test Project ACCESS, a school-wide positive behavior support program with mental health support, in two large schools in North Philadelphia. In 2012, the National Institute of Child Health and Development (NICHD) awarded me an R01 grant to test two levels of support for the implementation of Project ACCESS in six schools. In 2016, NIMH awarded me an R01 grant to test the effectiveness of two group cognitive behavioral therapy protocols for anxiety disorders in 36 schools and two support strategies for clinicians: train the trainer vs. train the trainer plus consultation.

My clinical expertise is in the assessment and treatment of attention-deficit/hyperactivity disorder (ADHD) in children and adolescent, particularly with low-income ethnically diverse children.

back to top
Last updated: 04/10/2021
The Trustees of the University of Pennsylvania
Back to Top