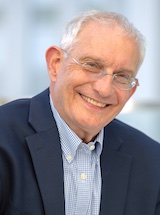 B lymphocyte development, selection, and homeostasis; immunobiology of aging.

The Cancro laboratory studies B lymphocyte development, homeostasis and activation. Early work from our lab defined the transitional B cell subset; a developmental stage spanning immature B cell formation in the bone marrow and final maturation in the periphery. In addition, we have made key conceptual and mechanistic contributions towards understanding how the cytokine BLyS (a.k.a. BAFF) and its receptors control peripheral B cell selection and numbers. Most recently, we have focused on our recent discovery of a novel B cell subset that enlarges continuously with age, termed Age Associated B cells (ABCs). Our ongoing studies have revealed that this subset is characterized by the expression of the transcriptional regulator Tbet, and includes a spleen resident memory B cell pool that is key to anti-microbial immunity, but that is also expanded in several autoimmune diseases. Current work is thus aimed at understanding the origins of ABCs, as well as their roles in both protective immunity and autoimmune disease.

back to top
Last updated: 12/13/2022
The Trustees of the University of Pennsylvania
Back to Top