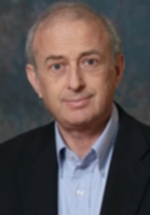 Dr. Schwartz specializes in the diagnosis and treatment of the cardio-metabolic syndrome, Impaired Glucose Tolerance, diabetes, hypoglycemia disorders, and general endocrinologic problems. Dr. Schwartz predominantly cares for patients with type 1 and type 2 diabetes, and their micro and macrovascular complications and is particularly interested in use of incretins in the care of patients with diabetes, and treating all aspects of the cardio-metabolic syndrome including hypertension, hyperlipidemia, prevention and treatment of their cardiovascular outcomes. He is also involved in designing the Diabetes Population Care for Health Systems by application of computer technology.

Dr. Schwartz is an Associate Professor at the University of Pennsylvania, directing the Diabetes Program at the Philadelphia Heart Institute.

Dr. Schwartz actively lectures worldwide. This he received invitations to lecture in Switzerland, Belgium and Tunisia, including an invitation to give two lectures at the 30th International Critical Care Symposium (ISICEM). He has authored numerous articles and is a co-investigator of DCCT-EDIC and LOOK AHEAD trials. He is an author of the Self-assessment Program of the American Diabetes Association (ADA) 2007/2008, and 2009 AACE Guidelines. He is a member or fellow of the Royal Society of Medicine (London), EASD, the IDF, the ADA, the Endocrine Society and the American College of Physicians. Though he does some research and teaches, most of his time is spent caring for patients.

back to top
Last updated: 03/11/2011
The Trustees of the University of Pennsylvania
Back to Top