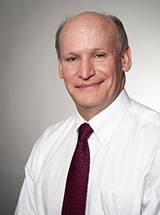 Dr. Holzman is an established and NIH funded laboratory investigator, well recognized for his investigations of mechanisms of cell signaling and also of podocyte biology, where he has contributed importantly to our understanding of the mechanisms that govern podocyte cytoskeletal architecture.

The Holzman lab studies the biochemistry and function of DLK, a member of the mixed lineage kinase family of MAPK kinase kinases. The laboratory initially discovered and cloned DLK and first demonstrated that DLK is a MAP3 kinase capable of activating the mitogen activated protein kinase family of JNK kinases. It showed that DLK is activated by insulin and in soon to be published work demonstrated that deletion of DLK in mice results in a phenotype of resistance to diet induced obesity and cell autonomous increased insulin sensitivity.

Dr. Holzman also investigates the biology of the glomerular podocyte, a unique epithelial cell that appears to play a central role in most forms of glomerular disease. The octopus-like processes of the podocyte interdigitate and form specialized intercellular junctions that function as the kidney glomerular filter. The lab has been a leader in characterizing the molecular components of this intercellular junction and first established evidence to support the hypothesis that these junctional components participate in regulating podocyte morphology by modulating actin cytoskeletal dynamics. The lab has particularly focused on signaling functions of members of the cell adhesion molecules of the Nephrin family and has contributed seminal work on the atypical cadherin FAT1. As part of this work, the lab has developed a transgenic mouse strategy for examining the functional biology of proteins and their interactions specifically in the podocyte that is now used internationally.

back to top
Last updated: 10/09/2021
The Trustees of the University of Pennsylvania
Back to Top