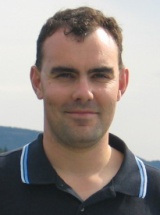 Obesity is the predominant risk factor for an expanding array of diseases including: type 2 diabetes, heart disease, stroke and cancer. Our lab investigates the transcriptional pathways that control the development, differentiation and function of adipose cells in normal development and in obesity. We are particularly interested in early determination and specification events; this involves the commitment of mesenchymal stem cells to a preadipose cell fate. We are also exploring pathways that determine the fate (and thus the function) of different types of fat cells.

Mammals have two main subtypes of adipose tissue, white and brown. White adipose tissue is specialized for energy storage, whereas brown adipose expends chemical energy in the form of heat. White adipose tissue is found in the subcutaneous layer and in distinct intra-abdominal depots. Excess abdominal adiposity is associated with metabolic dysfunction, insulin resistance and heart disease. By contrast, expansion of subcutaneous fat is not correlated with insulin resistance or metabolic disease.

Brown fat cells are packed with mitochondria that express Uncoupling Protein-1 (UCP1) in their inner membrane. Brown fat tissue is also highly vascular, enabling it to efficiently distribute heat via the circulation. The molecular pathways that control the process of adipogenic differentiation from preadipocytes have been extensively studied in animal models and cultured cells. Preadipocytes are specialized fibroblast-like cells contained in white and brown fat tissues that differentiate into mature fat storing adipocytes in response to hormonal cues. PPARgamma and members of the c/EBP family of transcription factors orchestrate adipocyte differentiation in both white and brown cell types. Recently, several factors have been shown to influence the white versus brown adipose cell phenotype including: PGC-1alpha; FoxC2; pRb; p107 and RIP140.

In a global expression screen of all known mouse transcriptional components, we identified PRDM16 as a gene expressed selectively in brown adipose cells. PRDM16 is necessary and sufficient for the brown adipose differentiation and function. Ectopic expression of PRDM16 in white fat- or skeletal muscle- progenitors induces a complete program of brown adipogenesis; this includes: mitochondrial biogenesis; activation of thermogenic genes and uncoupled respiration in a cAMP-dependent manner; and suppression of white adipose or muscle development. Loss of PRDM16 from brown adipogenic precursors results in skeletal muscle development (Figure 1).

We are investigating the mechanistic basis by which PRDM16 influences brown adipogenic cell fate using cell-based and mouse genetic approaches.

Figure 2.(A) Lineage tracing experiments were performed using Myf5-CRE knock-in mice. In this system, Cre recombinase is expressed from a skeletal muscle selective gene, Myf5. These mice are intercrossed with indicator mice that have a YFP reporter gene integrated into the Rosa26 housekeeping gene locus downstream of a Floxed transcriptional stop sequence. Cre mediated excision of the Stop signal in Myf5-expressing cells allows permanent and heritable expression of YFP. Therefore, all cells that are descendant from Myf5-expressing cells are labeled by YFP (B) Direct immunofluorescence shows that the brown adipose tissue from Myf5-Cre+ reporter mice expresses YFP. (C) Immunohistochemistry for YFP expression (stained in red) shows that skeletal muscle and brown adipose (BAT) but not white adipose tissue (WAT) are descendant from a Myf5+ cell lineage.


2. Identification of regulatory genes and pathways in white adipogenic precursors


A major unresolved and central issue in the field of obesity and metabolism research is the identity of the adipogenic precursor cell(s) and pathways that regulate the proliferation and self-renewal of these cells in vivo. We are interested in developing approaches to characterize these precursors in normal development and in obesity. We seek to identify key regulatory components that control the activation, expansion and differentiation of these cells in response to developmental or metabolic cues.

back to top
Last updated: 10/31/2018
The Trustees of the University of Pennsylvania
Back to Top