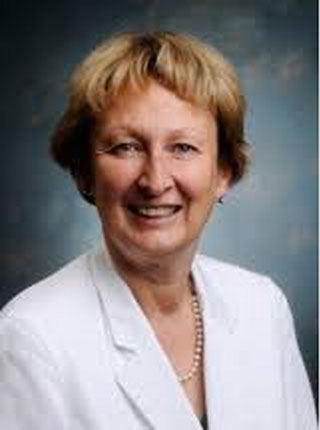 My laboratory has a long-standing interest in elucidating the origins and evolution of human and simian immunodeficiency viruses and in studying HIV/SIV gene function and disease mechanisms from an evolutionary perspective. My group was the first to describe the extensive in vivo genetic variability of HIV-1 (Hahn et al., Science, 1986) and to discover that recombination between highly divergent viruses represents a major driving force of HIV/SIV diversification (Robertson et al., Nature, 1995). We also developed methods for the non-invasive detection of SIV in wild-living apes, which led to the identification of the chimpanzee and gorilla reservoirs of pandemic and non-pandemic HIV-1 (Gao et al., Nature, 1999; Keele et al., Science, 2006; d’Arc et al., PNAS, 2015). This work has recently come full circle with the discovery that a highly divergent SIVcpz Env may be suitable to immunofocus HIV-1 bNab responses to the Env trimer apex (Barbian et al., mBio, 2015; Andrabi et al., Cell Rep, 2019).

Although primate lentiviruses have long been thought to be harmless, long-term natural history studies in Gombe National Park, Tanzania, revealed that SIVcpz, like HIV-1, is pathogenic in its natural chimpanzee host (Keele et al., Nature, 2009). Mortality analyses revealed a 10- to 16-fold increased risk of death for SIVcpz infected chimpanzees, and post-mortem analyses confirmed CD4+ T cell depletion and other histopathological findings consistent with AIDS. We also discovered that the chimpanzee CD4 molecule, in contrast to the human CD4, is highly polymorphic in its D1 domain, resulting in nine distinct CD4 alleles that circulate in wild populations. Importantly, this CD4 diversity not only protects chimpanzees against SIVcpz, but also other SIV strains to which chimpanzees are routinely exposed through their hunting behavior (Bibollet-Ruche et al., PNAS, 2019). More recently, we discovered that CD4 receptor diversity represents an ancient protection mechanism against primate lentiviruses in general. We found that the primate CD4 receptor is under long-term balancing selection and that this diversification has been the result of a co-evolutionary arms race between primate lentiviruses and their hosts (Russell et al., PNAS, in press).

We also studied the origins of human malaria. Of the six Plasmodium species that cause malaria in humans, P. falciparum and P. vivax pose the greatest health risk. Until recently, P. falciparum and a single known chimpanzee parasite, P. reichenowi, were believed to have coevolved with their respective host species, while P. vivax was thought to have emerged in South East Asia following a cross-species transmission of a macaque parasite. Studying wild-living chimpanzees and gorillas, we showed that both of these hypotheses are incorrect, and that instead P. falciparum and P. vivax originated from parasites infecting African apes (Liu et al., Nature, 2009; Sundararaman et al., Nat Commun, 2016; Liu et al., Nat Commun., 2017; Loy et al., PNAS, 2018). We found that P. falciparum evolved following a single host switch of a gorilla parasite, while P. vivax emerged from within a Plasmodium species that infects both chimpanzees and gorillas.

In the future, we will continue to work on emerging infectious diseases and build basic and translational research programs in global health. Current projects involve:

6. Characterizing the SARS-CoV-2 neutralizing antibody response. We have isolated neutralizing monoclonal antibodies from memory B cells of COVID survivors and determined their breadth and potency against SARS-CoV-2 variants.

Members of the Hahn Lab

Yingying Li, M.D., Studies of the precursor of the human AIDS virus in its natural chimpanzee host

back to top
Last updated: 01/20/2023
The Trustees of the University of Pennsylvania
Back to Top