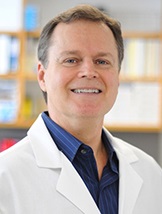 John A. Dani, PhD, is the chair of the Department of Neuroscience in the Perelman School of Medicine and the Director of the Mahoney Institute for Neurosciences (MINS) at the University of Pennsylvania. Dr. Dani has a wide breath of research interests, but he is best known for his research into addiction. For example, his work showed that nicotine commandeers normal neural mechanisms of learning and memory during the addiction to tobacco.

Dr. Dani received his Ph.D. in Physiology from the University of Minnesota. After postdoctoral training, he became a Research Associate Scientist in the Section of Molecular Neurobiology at Yale University. During this time, Dr. Dani applied himself to basic biophysics and theoretical research, describing mechanisms that underlie the electrical communication within the brain. Later he accepted a position at Baylor College of Medicine, where he became Professor in the Department of Neuroscience and in the Menninger Department of Psychiatry and Behavioral Sciences. During this period, Dr. Dani was a Visiting Scholar at the Massachusetts Institute of Technology and the Wiersma Visiting Professor at the California Institute of Technology. These opportunities enabled him to expand his cellular biophysics research to include in vivo recordings with powerful invasive techniques that probed the mechanisms underlying motivations and decision-making while animals performed experimentally designed behavioral tasks. While at Baylor, Dr. Dani served in many administrative roles, including the chair of the Neuroscience Appointments, Promotion, and Tenure Committee and a member of the graduate program Executive Committee in Computational Biology and Molecular Biophysics. These roles culminated in Dr. Dani becoming Director of the Center on Addiction, Learning, and Memory.

At Penn Dr. Dani plans his research efforts based on the hypothesis that fundamental mechanisms underlie the communication and adaptability of the nervous system. Those same cellular mechanisms that normally serve the brain are misdirected and damaged during disease and are commandeered and altered by the addiction process. Therefore, fundamental mechanisms underlying neuronal functions offer points of entry for pharmacological, physiological, and genetic methods aimed at relieving or preventing abnormal behaviors of mental disease and drug addiction. From this research prospective, his laboratory has made contributions toward our understanding and treatment of neurodegenerative diseases, mood disorders, and addiction. His studies will continue to examine the signaling and dysfunction of neurotransmitter systems, which are the chemical signalers of the brain. For example, his studies have shown that addictive drugs induce synaptic changes in the brain that are comparable to those caused during learning, and his lab showed that antidepressant therapies alter the signaling relationships between mood-regulating neurotransmitter systems. Guided by the same fundamental research principles, Dr. Dani’s lab also has contributed to the understanding of memory functions during exposure to drugs and stress or during degenerative disease, such as Parkinson’s disease and Alzheimer’s dementia. In his new leadership roles, Dr. Dani aims to enhance the already high level of achievement in the neurosciences by fostering board, interdisciplinary teamwork. Within the Dept. of Neuroscience and MINS, quality and excellence will serve as the basis for student as well as faculty recruitment within a cooperative and supportive environment.

Kimmey Blake A, Ostroumov Alexey, Dani John A: 5-HT receptor activation normalizes stress-induced dysregulation of GABAergic signaling in the ventral tegmental area. Proceedings of the National Academy of Sciences of the United States of America Dec 2019.

back to top
Last updated: 03/02/2020
The Trustees of the University of Pennsylvania
Back to Top