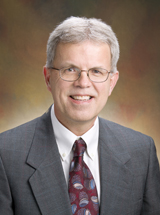 Dr. Hodinka's research interests are centered on the development, validation and implementation of novel rapid and accurate methods for the diagnosis and monitoring of infectious diseases, with a primary focus on viruses. Current emphasis has been on molecular amplification methods such as the polymerase chain reaction, although work in areas of antibody and antigen detection continue as well. He has collaborated widely with clinician scientists, test manufacturers and other departmental and institutional investigators on applications of conventional and molecular assays for the diagnosis of viral diseases in children and adults. Real-time PCR is now the new gold standard for detecting most, if not all, viruses of human significance, and a number of molecular assays to detect many different viruses in a variety of general disease categories have been developed over the years and investigated for their clinical impact. The method is quite rapid, sensitive and specific and can detect viruses for which existing tests are considerably less accurate or for which no tests exist. Quantitative molecular assays also have been developed and have become invaluable tools to assess disease progression, monitor therapy, predict treatment failure and the emergence of drug resistance, and to facilitate our understanding of the natural history and pathogenesis of certain viruses (e.g., CMV, EBV, HHV-6, BKV, HBV, HCV, and HIV). The potential applications of PCR and other molecular methods for viral diagnosis and monitoring are unlimited, and these methods have dramatically changed the diagnostic landscape of the Clinical Virology Laboratory at Children's Hospital of Philadelphia. Procedures performed in the Clinical Virology Laboratory include direct and indirect immunofluorescence and enzyme immunoassays for the detection of viral-specific antibodies or antigens, isolation and purification of viral RNA or DNA, real-time PCR for the qualitative and quantitative amplification and detection of viral nucleic acids, screening and confirmation assays for detecting HIV-specific antibodies/antigens, quantitative molecular assays for measurement of HIV viral load, molecular assays for the detection of Chlamydia trachomatis and Neisseria gonorrhoeae, and immunoassays for the detection of viral markers for the diagnosis and monitor of hepatitis A, B, and C viruses. Equipment of particular interest in the Clinical Virology Laboratory include robotic liquid handling systems, magnetic bead-based automated nucleic acid extraction instruments, 96-well real-time PCR thermal cyclers, random and continuous access immunoassay analyzers, microwell plate washers and readers, Class II laminar-flow biological safety cabinets, light and immunofluorescence microscopes, ultra-low temperature freezers, liquid nitrogen storage systems, and a Biosafety Level 3 facility.

Dr. Hodinka is an internationally recognized expert in the science, medicine and regulatory aspects of technologies for the diagnosis and monitoring of viral infections. He established one of the first hospital-based, molecular diagnostic virology laboratories in the Department of Pathology and Laboratory Medicine at Children's Hospital of Philadelphia and has broad diagnostic experience and expertise in molecular applications applied to clinical virology/microbiology. He is a frequent lecturer nationally and internationally on emerging trends in molecular viral diagnostics and other aspects of clinical virology.

From 1988 through June of 2014, he was the Director of the Clinical Virology Laboratory at The Children's Hospital of Philadelphia with oversight responsibility of an active laboratory staff of 17 full-time and two part-time employees. He provided day-to-day supervision and mentoring of testing personnel, ensuring proper performance of all laboratory testing services and reporting of test results. His duties included selecting the tests that were performed, verifying/validating their performance, choosing appropriate equipment, reviewing and interpreting patient test results, providing consultation to clinicians and other healthcare providers about patient testing, writing and reviewing standard operating procedures, assuring proper quality control and continuous quality assurance of laboratory testing, assuring regulatory compliance, providing for strategic and capitol planning and other fiscal affairs of the laboratory, developing and reviewing annual budgets, and overseeing employee hiring/firing, competency and training. He was also responsible for the continuous development, validation and implementation of new, state-of-the-art diagnostic methods that have the greatest impact on the care and management of patients with viral diseases. Teaching and mentoring of infectious disease fellows, pathology residents, medical students, medical technologists, and visiting scientists was also an integral component of his position. His work and expertise supported the goals and mission of the Children's Hospital of Philadelphia in its efforts to be "the world leader in the advancement of healthcare for children by integrating excellent patient care, innovative research and quality professional education into all of its programs". His areas of clinical expertise include diagnostic virology, comprehensive viral cultures, tissue culture, viral serology, rapid viral antigen detection, and molecular detection and quantitative monitoring of viruses. Viruses and other microorganisms of particular interest to him include HIV, respiratory viruses, herpesviruses, gastrointestinal viruses, enteroviruses, parechoviruses, hepatitis viruses, parvovirus B19, BK and JC viruses, Chlamydia trachomatis, Neisseria gonorrhoeae, and Trichomonas vaginalis.

back to top
Last updated: 06/20/2022
The Trustees of the University of Pennsylvania
Back to Top