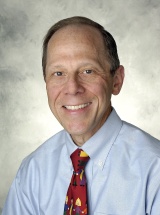 Kaplan was a Hartford Foundation Research Fellow in human genetics and molecular biology from 1989 to 1991 in the laboratory of his mentor and friend Dr. Michael Zasloff. This experience led to his exploration of the mechanisms for heterotopic bone formation and skeletal metamorphosis in several disabling childhood diseases.

In 1989, Kaplan, an orthopaedic surgeon, met a child with fibrodysplasia ossificans progressiva (FOP), a rare and disabling disorder in which the body forms a second skeleton of heterotopic bone. Motivated to know and do more, Kaplan began a pioneering second career on the molecular genetics of heterotopic ossification, work that led to the discovery of the FOP gene, to the description of the molecular pathophysiology of skeletal metamorphosis in humans, to the discovery of progressive osseous heteroplasia (another disorder of heterotopic ossification) and its causative gene and pathophysiology.

Along with his colleague Dr. Eileen Shore, Kaplan co-directs the only center in the world devoted entirely to this work, has organized the medical and scientific communities worldwide on these two rare conditions, and is recognized as the world’s leading expert on genetic disorders of heterotopic ossification and skeletal metamorphosis. In 1997, Kaplan was awarded the first endowed chair in the nation for orthopaedic molecular medicine.

The late Victor McKusick, the father of clinical genetics, described Kaplan as “one of the really outstanding orthopaedic researchers of his generation. His work with FOP and POH has been extraordinary and extends all the way from the patients to the bench and back again. The devotion of the families and the patients to him is testimony to the kind of human being he is.” Cited in 2006, as one of the15 people who make America great, Newsweek noted “the disease was so rare, nobody wanted to deal with it until he came along.”

back to top
Last updated: 11/06/2017
The Trustees of the University of Pennsylvania
Back to Top