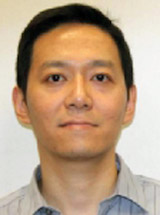 Research in the Huang lab focuses on the structural and functional connectivity as well as micro-structural quantifications and brain atlases using the latest noninvasive neuroimaging techniques. The research goal is to address the neuroscientific questions and identify diagnostic or therapeutic neuroimaging biomarkers. The neuroscientific questions include how the human brain functional networks emerge and what the structural and metabolic underpinnings of the brain networks are during development. The neurological and neuropsychiatric disorders include autism and Alzheimer’s. Brain atlases are made with tractography of the white matter tracts. Micro-structural quantification of neural structures uses the approaches of measuring diffusion properties of water molecules inside the brain at the level of micrometers. These studies are made possible with recent advancement of cutting-edge neuroimaging acquisition techniques and big-data analytics of brain images.

Dr Huang is probably known best for initializing comprehensive brain mapping studies of developmental human brains during middle and late fetal stage, a critical development phase for CNS, using advanced diffusion MRI. The significance of this work is that it provides unprecedented neuroscientific knowledge on connectivity, anatomy and microstructure of early developing brains. The three research areas in the Huang lab is extended from this early work to delineate connectivity, create quantitative normal developmental brain charts and identify early biomarkers in brains with psychiatric disorders. Huang lab is continuously supported by NIH funding. Dr Huang is on the Editorial Board of Neuroimage, at top neuroimaging journal. He is the committee member of NIH-sponsored BrainSpan Consortium (www.brainspan.org). He has been the Ad Hoc member of various NIH Study Sections for multiple times. He is the faculty director of Small Animal Imaging Facility (SAIF) at CHOP.

Structural and Metabolic Underpinnings of Developmental Functional Connectivity:
The human brain architecture at birth already comprises a large scale of connections, many of which are found in adult resting-state networks. However, it is unknown how these connections are integrated into highly functional and differentiated networks during early brain development. Work in Huang lab has found that with segregation process in brains of 31-42 postmenstrual weeks, the brain architecture undergoes a gradual transition from a relatively random to a more organized network, characterized by increased local network clustering. The Huang lab suggests balanced maturation of the long-range and short-range white matter tracts may mediate the emergence of the brain hubs and rich-clubs and essentially the maturation of primary and higher-order functional networks. The white matter tracts can be accessed through noninvasive tractography with diffusion MRI. The functional connectivity is characterized by spontaneous low-frequency fluctuations in brain activities, monitored by blood oxygen level-dependent signals using resting-state functional magnetic resonance imaging. The Huang lab also maps spatiotemporally heterogeneous cerebral blood flow in developmental brains through arterial spin labeling magnetic resonance imaging to understand the metabolic demand of hub emergence. By understanding these underpinnings, the Huang lab hopes to identify the structural and metabolic targets for facilitating early diagnosis of a suite of brain disorders manifesting aberrant brain connectivity.

Neuroimaging Techniques for Biomarker of Psychiatric Disorders:
Huang lab is also dedicated to developing advanced clinical and preclinical MR imaging and analysis techniques. One technique is tract analysis combining white matter tractography and metric measurements from diffusion MRI. Huang lab has been one of the first few groups developing this technique and has standardized it. This technique has been successfully implemented to clinical research studies of a suite of psychiatric disorders including Alzheimer’s disease, high-risk major depressive disorder, maltreatment and bipolar disorder to identify early neuroimaging biomarkers. In addition, in his graduate study, Huang has been developing a DTI-based brute-force and multi-ROI approach tractography method which is robust to noise. This tractography method has been widely used in the streamline tracing technique. Huang has also developed a method to correct for geometric distortion caused by B0 susceptibility using an approach with nonlinear image registration. Recently Huang lab has built up the diffusion MRI signal analysis technique to more accurately estimate white matter tract fractional anisotropy at the crossing-fiber regions using a Gaussian-mixture multi-tensor model. By developing and improving techniques for early neuroimaging biomarker detection, the Huang lab hopes to identify novel targets for early therapeutic intervention to treat psychiatric disorders.

back to top
Last updated: 11/28/2022
The Trustees of the University of Pennsylvania
Back to Top