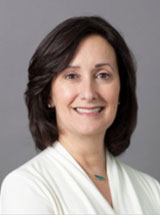 RESEARCH INTERESTS
My lab studies the cellular and molecular interactions among neurons, their targets and the surrounding glia that mediate and modulate synapse formation and function during neural development. We use neuromuscular synapses between motor neurons and muscle fibers in mice and zebrafish, and CNS synapses among hippocampal neurons in mice and rats in vitro and in vivo, as relatively simple, accessible and easily manipulated model systems. We use imaging, genetic, cellular, molecular and electrophysiological approaches in our research projects.

In collaboration with Josep Dalmau, M.D., Ph.D., and his lab, we are studying autoimmune disorders that selectively, and reversibly, affect CNS synapses. In these disorders, patient antibodies to synaptic proteins affect synapse structure and function, in turn affecting circuit function, leading to psychosis, disorders of learning and memory and other behavioral abnormalities. We are studying how patient antibodies lead to changes in synapses, circuits and behavior, in vitro as well as in animal models of these human diseases.

The overall goal of our work is to understand the rules by which the neural circuits that underlie particular behaviors become synaptically connected during neural development, what governs the plasticity of these circuits, what goes wrong with these circuits in neurodevelopmental, neurodegenerative and other disorders, and how we might design and implement effective therapeutic strategies.

Rita Balice-Gordon, Ph.D., is the Chief Executive Officer of Muna Therapeutics, a biotech company focused on disease modifying therapies for neurodegenerative diseases. She is a Director on the Board of Collegium Pharmaceutical, a publicly traded company, and a Director on the Board of Capsida BioTherapeutics, a biotech company focused on new approaches for viral gene therapy. Rita serves on the Scientific Advisory Boards of several biotech companies. Prior to taking on these roles, Rita was the Global Head, Rare and Neurologic Diseases Research Therapeutic Area at Sanofi, Inc. for several years. She led groups scientists based in Boston and Paris working on pre-clinical and early development stage projects using small molecules, antibodies and gene therapy as modalities for innovative and transformative therapeutics for patients with lysosomal storage disorders, inborn errors of metabolism and renal and musculoskeletal diseases; Multiple Sclerosis; Parkinson’s Disease and other neurodegenerative diseases. While at Sanofi, she worked with business development colleagues to in license a BTK inhibitor, currently in Phase3 for Multiple Sclerosis, and partner with Denali to develop a RIPK1 inhibitor for MS, ALS and Alzheimer’s, currently in Phase2. Before joining Sanofi, she was Vice-President and Head of Circuits, Neurotransmitters and Signaling in Pfizer’s Neuroscience and Pain Research Unit, led the psychiatry and pain portfolios, including bringing several assets to the clinic, and was Head of the Worldwide Research and Development Postdoctoral Program at Pfizer. Prior to her career in biopharma, Rita was Professor of Neuroscience and Chair of the Neuroscience Graduate Group in the Perelman School of Medicine at the University of Pennsylvania, where she currently holds an appointment as Adjunct Professor. Rita and her laboratory have studied the cell-cell signaling mechanisms underlying synapse formation and maintenance, mechanisms underlying neuromuscular development and disease, and pathophysiologic mechanisms underlying autoimmune CNS disorders affecting cognition and behavior. She was continuously funded by the NIH for more than 30 years, authored more than 100 scientific papers, received several awards and honors, has given hundreds of invited research talks around the world, has chaired or served on many NIH, national and international committees, study sections, editorial boards and research organization advisory boards. Rita is an elected Fellow of the American Association for the Advancement of Science.

back to top
Last updated: 03/29/2022
The Trustees of the University of Pennsylvania
Back to Top