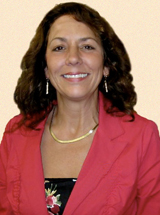 As an Addiction’s Researcher, a key goal of mine is to characterize pharmaco-responsive endophenotypes in smokers to aid them in achieving successful smoking cessation. There are two major factors that motivate relapse to smoking: a) craving induced my pharmacological withdrawal from nicotine and b) craving elicited by exposure to smoking reminders (smoking cues). We hypothesize that there is inter-individual variability in the relative contribution of withdrawal- and smoking cue-induced craving to relapse. In our lab we focus on cue-vulnerable subtypes of smokers – and pharmacotherapies that reduce relapse rates in these subtypes. The tools I am using to identify the subtypes are a) appetitive smoking cue videos in a withdrawal vs sated neuroimaging paradigm, b) the quantitative neuroimaging technique of continuous arterial spin labeled (CASL) perfusion fMRI, c) GABA B agonists such as baclofen, d) the partial nicotinic agonist and FDA-approved agent, varenicline, e) behavioral probes that predict relapse, f) treatment outcome measures, g) objective measures of smoking behavior, and h) a candidate gene approach of functional polymorphisms involved in smoking behavior. We have published and replicated our findings showing that genetic variance in the dopamine transporter (DAT) modulates brain and behavioral responses during smoking cue exposure. We are currently exploring the interaction between the DAT and other dopaminergic regulating molecules, which have been shown to be involved in reward and smoking cue responsivity.Further exploration into the characterization of phenotypes in smokers includes the study of sex and hormonal influences on smoking behavior. We also are examining the brain and behavioral responses to smoking cues in smokers with co-morbidities such as Obesity, Attention Deficit Hyperactivity Disorder (ADHD), anxiety disorder, and marijuana addiction. For example, varenicline, which has positive effects on cognition may provide dual benefit to ADHD smokers by improving attention and focus, while also aiding in smoking cessation. We also have evincing data that varenicline, which is known to reduce withdrawal and the reinforcement received from smoking, also blocks subjective craving and the reward-related neural ‘signature’ of smoking cue exposure, while also blunting smoking cue-induced craving. Our unique perfusion fMRI paradigm allowed us to deduce the mechanisms underlying varenicline’s effectiveness. Further, we have evidence that both marijuana cues and smoking cues activate the same reward-related brain circuitry, suggesting that medications that might aid smokers may also aid marijuana-dependent cigarette smokers. Evidence suggests that an anxiety-prone cue-vulnerable subtype will respond to baclofen, which we have shown has efficacy in a smoking reduction study and blunts both brain activity in reward-related neural activity in the brain in ‘at rest’ and during smoking cue exposure.

Additional studies include the use of the imaging technique, single photon emission computed tomography (SPECT), and the DAT-specific radiotracer, TRODAT to examine whether the DAT-mediated effects on smoking cue reactivity are due to less available or less functional DATs.

Ultimately, the goal for contemporary medicine is to establish brain/behavioral/genetic endophenotypes of medication response, so that treatment strategies can be tailored to manage individual vulnerabilities to aid in conquering this devastating and difficult to treat addiction.

back to top
Last updated: 11/28/2018
The Trustees of the University of Pennsylvania
Back to Top