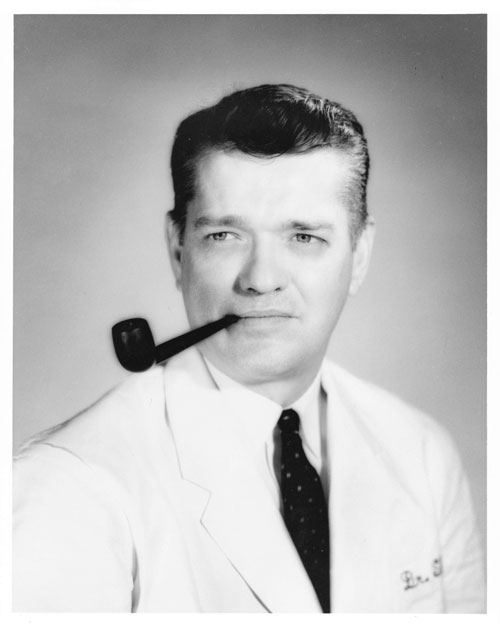 Dr. Stanley Appel
Dr. Appel completed a residency at Hospital of The University of Pennsylvania in 1966
He is currently the Peggy & Gary Edwards Distinguished Endowed Chair in ALS Research, Stanley H. Appel Department of Neurology

In 1961, Penn’s School of Medicine Dean, Dr. Samuel Gurin, recognizing a new era, asked Dr. Isadore Ravdin to identify the leader who could once again bring the Department to eminence. Dr. G. Milton Shy was recruited from NIH to become Chairman of the Department of Neurology in 1962, and did just that. He had served as Clinical Director, then Director of Intramural Research, National Institute of Neurological Diseases and Blindness, from 1953 until his move to Penn. Dr. Shy was born in Trinidad, Colorado in 1919. He received both his B.S. and M.D. from the University of Oregon in 1943. After an internship and a year of residency in internal medicine at the Royal Victoria Hospital in Montreal, he entered the U.S. Army as a medical officer. While serving with the Infantry during the Italian Campaign, he was seriously wounded in action, but completed his service in the Army of Occupation in Germany, attaining the rank of major. In 1947 he began formal training in neurology at the National Hospital at Queen Square in London, moving in 1949 to continue training at the Montreal Neurological Institute. In 1951, he joined the faculty at the University of Colorado as Chief of the Division of Neurology, and from there was recruited by NIH in 1953.

Dr. Shy’s appointment at Penn represented the first ‘full time’, i.e. fully-salaried faculty position in a clinical department at the University of Pennsylvania.

In 1967, Dr. Shy accepted the position as Professor and Chair of the Department of Neurology, and Director of Columbia’s Neurological Institute at Columbia. Tragically, he died of a myocardial infarction 6 weeks after his arrival.

Subsequently, the G. Milton Shy Professorship was established by some of the many individuals who were inspired by his teaching, his originality, and his leadership.

Penn was supported by funding from the newly organized Division of Extramural Programs.