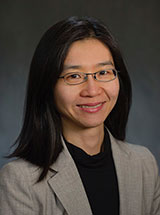 Research Interests:
The overarching goal of the Su lab is to define mechanisms of T cell pathology in human diseased states. We are particularly interested in T cell engagement with microbial antigens during homeostatic condition as a mechanism for programming inflammatory or tolerigenic T cell responses in infectious and autoimmune diseases.

Research summary:
Direct study of humans is valuable and necessary to fully understand health and disease. We still do not understand why some vaccines are more effective than others, why people respond differently, and how the living environment impacts the risk for developing autoimmunity or response to infections. The Su lab is interested in the fundamental question of what intrinsic factors and external influences modulate immune response. Uncovering and understanding these factors and interactions will lead to better ways to prevent disease and to abrogate pathologic responses.

The lab focuses on:
1) Autoimmunity: Autoimmune diseases strike over 20 million Americans and are becoming increasingly more common. We are interested in T cell and B cell pathologies in rheumatoid arthritis and type I diabetes. Our ultimate goal is to develop approaches that can reshape the autoimmune repertoire to re-establish immune tolerance.

2) Chronic infection: HIV infection is one of the world’s most serious public health challenges. Viral infection leads to disrupted lymphoid architectures and altered cellular differentiation, as well as an overall increase in T cell activation. Using mass cytometry to study T cell and B cell interaction in primary HIV infected lymph nodes, we reported on oligoclonal expansion of functionally-restricted follicular helper T cells in chronically inflamed lymph nodes. We further identified a related CD4+ T cell subset as an atypical B cell helper population that migrates between the lymph node and peripheral compartments. We seek to further define T cell signals that drive pathologic B cell responses in the lymph node and inflamed tissue environments.

3) TCR cross-reactivity: The broader microbial environment has a profound impact on the immune system and host resistance to pathogens. Recent studies comparing mice raised under different conditions have demonstrated an enhanced ability of free-living mice to clear infections. However, this aspect of host-microbial interaction is not well understood. To what extent does continuous “tickle” from microbial environment impact host immunity? We seek to uncover how pre-existing memory impact the potency and durability of CD4+ T cell immunity. We have an ongoing NIH funded study to define antigen-specific response of pre-existing memory cells in humans immunized with the yellow fever vaccine. We are also interested in using defined microbial exposures in mice to understand the initiating events that govern T cell activation and differentiation in response to cross-reactive antigens.

Students with interest in human immunology or microbial-host interactions are encouraged to contact us for potential rotation projects!

back to top
Last updated: 10/13/2020
The Trustees of the University of Pennsylvania
Back to Top