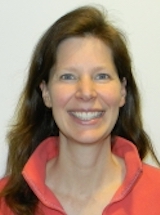 T cells integrate multiple signals from their environment. The culmination of these signals direct the fate of developing thymocytes, dictating the outcome of thymocyte selection and T-regulatory (Treg) cell development. Mature peripheral T cells also integrate multiple signaling pathways during encounter with pathogens and are directed to differentiate into one of several T cell effector subsets.

We are interested in understanding how specific pathways direct these differentiation steps in thymocytes and peripheral T cells. Currently we are focusing on signaling pathways and epigenetic modifiers that have recently been implicated in T cell lymphomagenesis with an aim towards understanding how these pathways and enzymes direct both normal and malignant T cell biology. Some active areas of investigation include the following:

• T cell activation leads to transient changes in the activation states of many proteins and enzymes, but it also results in heritable changes at the epigenetic level. DNA methylation is a common epigenetic modification that is regulated via both active and passive mechanisms. TET2 is a methylcytosine dioxgenase involved in the active demethylation of DNA and is frequently mutated in a specific class of T cell lymphomas. Our lab has shown that TET2 regulates the development of memory CD8+ T cells as well as CD4+ T cell differentiation. We are currently identifying the targets of TET2 to understand the mechanism by which it regulates T cell differentiation. We are also interested in CXXC5, a negative regulator of TET2, to determine its TET2 –dependent and –independent functions in T cell activation and differentiation.

• The GTPase RhoA is important for thymocyte development and is activated downstream of the T cell receptor and integrins. RhoA regulates actin reorganization and has been implicated in T cell metabolism. Recently, RhoA mutations have been identified in T cell lymphomas, often co-occurring with TET2 loss-of-function mutations. Using both in vitro and in vivo models of regulated RhoA expression, we are investigating the mechanism of RhoA function in healthy and diseased states.

back to top
Last updated: 07/16/2020
The Trustees of the University of Pennsylvania
Back to Top