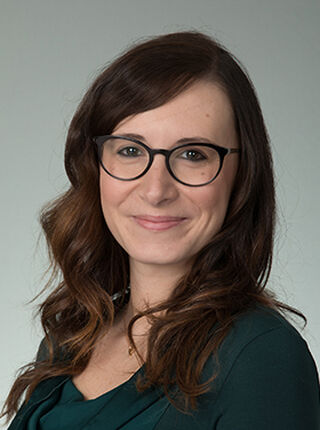 The production of antibodies (Abs) with high affinity and pathogen neutralization potential is crucial for preventing and fighting pathogen infection. To produce such Abs, naïve B cells are activated in response to cognate antigen and subsequently undergo rounds of somatic hypermutation and selection in germinal centers, specialized microanatomical sites in secondary lymphoid organs. This process of affinity maturation is tightly regulated by a specialized subset of CD4 T cells named T follicular helper (Tfh) cells. Our laboratory is interested in dissecting the complex biology of Tfh cells. Understanding (1) how Tfh differentiation is regulated and (2) by what means Tfh cells enable effective B cell responses are two major research goals that our group seeks to address by using a multidisciplinary approach that combines cellular and molecular immunology as well as transcriptomics:

1) Tfh cells undergo a multistage process to become fully differentiated effector cells. This sophisticated process is driven by a network of cytokines and costimulatory molecules that has been only partially elucidated. To uncover novel regulators of human Tfh differentiation, we set up a high throughput in vitro screen of a custom library of human secreted or cell surface proteins. The screen identified the cytokine activin A as a strong hit in promoting the differentiation of Tfh-like cells from human naïve CD4 T cells activated in vitro (Locci et al. Nat. Immunol., 2016). We found that activin A orchestrates the expression of multiple Tfh-associated genes, including PD-1, CXCR5 and CXCL13, in a highly specific fashion. Ongoing and future studies are aimed at dissecting the molecular mechanism by which activin A regulates human Tfh differentiation as well as the role played by activin A in Tfh cell differentiation and B cell helper function in vivo. Furthermore, additional candidates are currently being evaluated for their capacity to mold Tfh cell differentiation.

2) In germinal centers, bona fide Tfh cells regulate the survival and selection of high affinity B cells by delivering ‘help’ signals via cytokines and membrane-bound costimulatory receptors. Thus far, the functional mediators utilized by Tfh cells to provide help to germinal center B cells are poorly understood. Studies on human memory Tfh cells from peripheral blood, which are considered as the circulating counterpart of lymphoid tissue bona fide Tfh cells, revealed a high degree of functional heterogeneity in the Tfh cell population. We described the blood Th1-depleted PD-1+CXCR3- cells as the memory Tfh cell subset with the highest B cell helper capacity (Locci et al. Immunity 2013). Our group seeks to untangle the functional heterogeneity of human memory and bona fide Tfh and unmask crucial mediators of B cell help by performing single-cell transcriptional profiling coupled to functional studies.

We are accepting applications for highly motivated undergraduate/graduate students and postdoctoral fellows. Individuals with a strong background in cellular/molecular immunology or bioinformatics are encouraged to apply by submitting a CV and a cover letter by email (michela.locci@pennmedicine.upenn.edu).

back to top
Last updated: 12/05/2019
The Trustees of the University of Pennsylvania
Back to Top